HPV vaccination programme for boys to proceed in September 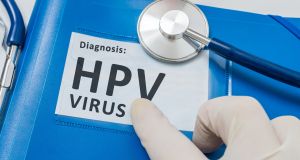 The “human papillomavirus” is a group of more than 100 viruses which, while often harmless, cause the vast majority of cervical cancers.

A HPV vaccination programme for boys will proceed in September despite tensions around medical staffing levels, the Health Service Executive (HSE) has said.

The “human papillomavirus” is a group of more than 100 viruses which, while often harmless, cause the vast majority of cervical cancers.

It is also linked to several conditions in males, including cancers of the throat, anus or penis, and vaccination is also considered important to further prevent transmission.

Some confusion had arisen over whether the September programme would proceed due to difference regarding staffing and recruitment.

Medical practitioners, although committed to rolling out the vaccinations, warned it would create additional work with insufficient staff. The HSE said the Government has provided dedicated funding.

The vaccine has been offered to girls in second level schools since 2010 and last year the Department of Health said it would be extended to boys in first year of second level.

On Friday, the HSE issued a statement saying “the roll-out of the HPV vaccine for boys is to go ahead in September as planned”.

In a joint statement, the Irish Medical Organisation, the Irish Nurses and Midwives Organisation and Fórsa, representing public service health workers, said they were “fully committed to the rollout of the HPV vaccine to boys”

However, the said the issue was complicated by an increased workload associated with the programme in the face of ongoing staffing shortages.

“The HSE must concentrate on bringing forward realistic proposals to ensure the programmes can roll out,” the statement said, adding that this can be addressed under continuing Workplace Relations Commission (WRC) talks.

All three organisations each stressed individually the need to fill urgently required positions within the health service.

“This vaccine extension certainly can roll out, but it requires additional staffing, rather than reductions in the workforce,” said Phil Ni Sheaghdha, general secretary of the INMO.

However, Dr Lucy Jessop, director of the National Immunisation Office said it is “progressing arrangements to commence the extension of the HPV vaccine programme to boys in First Year from September 2019. Staff representative associations are fully supportive of this important health initiative.”

‘The problem is households’ - Restaurants shocked at hospitality ‘lockdown’