Planned strike by thousands of healthcare staff on Thursday deferred

Move follows intervention of the Workplace Relations Commission on Wednesday 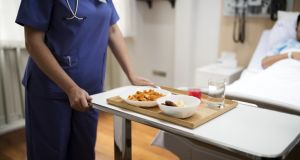 Given the lateness of the deferral of the strike, there still could be some disruptions in hospitals and healthcare facilties.

A planned strike by 10,000 health support staff due to take place on Thursdayhas been deferred.

The move follows the intervention of the Workplace Relations Commission on Wednesday.

There will be further emergency talks at the WRC on Thursday.

The strike had threatened the cancellation of large numbers of scope procedures and some elective inpatient work, as well as outpatient appointments in some hospitals.

Given the lateness of the deferral of the strike, there still could be some disruptions in hospitals and healthcare facilties. Siptu had planned to mount pickets at 38 sites across the State, including the Central Mental Hospital and the Nationsal Rehabilitation Hospital.

Patients are advised to attend as scheduled for services, unless otherwise advised by their hospital or healthcare facility.

The Irish Patients’ Association had called on Siptu to call off the strike “in the interests of patient safety”. “Public patients who have been waiting years for their treatment and whose operations will be cancelled tomorrow may have to wait weeks or months for a re-appointment,” it said.

Even a one-day strike without cleaning services could see drug-resistant superbugs multiply rapidly in hospitals, with consequent “enormous” clean-up costs, the group claimed.

In an update before the industrial action was called off, the HSE said it regretted the planned strike, due to start at 8am on Thursday. Contingency planning with the union was continuing at local hospital and healthcare facility level in order to minimise disruption to patient services.

Hospitals that were not affected by the planned strike include the National Maternity Hospital, the Coombe, Temple Street, Bantry, Loughlinstown, St Michael’s in Dun Laoghaire, Cappagh, the Royal Eye and Ear, Ennis, Nenagh and Kilcreene.

Earlier, Minister for Finance Paschal Donohoe said efforts should continue to deal with the strike.

He told RTÉ’s Morning Ireland the Labour Court and the Workplace Relations Commission were available for talks.

However, Mr Donohoe said anything agreed on Wednesday would have to recognise that there was a pay agreement already in place.

“We will look at what can be done to avoid action. The Public Service Pay Agreement is in place, that is budgeted for. We need to protect the agreement, there is a wide variety of competing claims.

“There is an agreement in place that I am determined to protect.”

However Siptu health division organiser Paul Bell, responding to Mr Donohoe’s comments, said that the Labour Court was not appropriate.

The WRC was more suitable he said, as the matter of evaluations and payment had been settled previously in the WRC in 2018.

“The WRC could remind the parties what was signed up to.

“We cannot resolve this issue on our own,” he added.