Most of the solutions to relatives’ problems are heartbreakingly simple 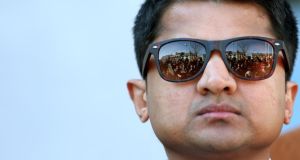 “Why is it in poor taste – as implied by several correspondents to this newspaper – to associate Praveen Halappanavar’s suffering with that of the relatives of other patients in the same hospital system? It is only logical to do so.” Photograph: Julien Behal/PA Wire

Well, well, well. Last week I wrote about how it feels to be a relative of a patient in the medical system in this Republic – not good, I think is a fair summary. I make no great claims for the piece, except that it was sincerely meant. Nevertheless there was quite a fuss.

Relatives reacted strongly, as if they’d been waiting for a chance to speak – anonymously, that is. The piece was pretty broad, and anecdotal. It was a personal account of witnessing the health service in action – or in inaction. It didn’t single out any group for blame, and nor did I desire to. I wanted to discuss the health system calmly.

I don’t believe in heroes and villains, particularly not when it comes to the health service. I thought that my piece stated nothing but the blooming obvious. I never dreamed that anyone would disagree with it, let alone that it would be controversial. How wrong can you be?

It is a strange health system under which relatives feel most confident when their loved ones are in intensive care: intensive-care units are believed to be very good, with standards of nursing care particularly notable. But most of the solutions to relatives’ problems are heartbreakingly simple. If the hospital answered phone calls from the GP, for example. If car parking was organised humanely.


Anger and resentment
There is good work being done everywhere in the health service, and good outcomes. But I return to my point that there is an anger and a resentment in the health service – across all interest groups – that is palpable. A lot of the reaction to my column makes that point for me. (That, and last Thursday’s Health Information and Quality Authority audit reports on hygiene in four regional hospitals.)

It is understandable that medical personnel should want to distance themselves from the tragedy of Savita Halappanavar’s death in University Hospital Galway. But they cannot. The relatives of hospital patients recognise aspects of it in their own experience. That death was not just about Ireland’s abortion law; it was about an abysmal standard of hospital care. Why is it in poor taste – as implied by several correspondents to this newspaper – to associate Praveen Halappanavar’s suffering with that of the relatives of other patients in the same hospital system? It is only logical to do so.

In many ways the responses everywhere, when they came, were predictable. Some doctors proved surprisingly sensitive – about themselves. Nurses made the point that they are on the front line and get it in the neck from all sides – which is undeniable.

The relatives remain exhausted, bewildered, frustrated and afraid to put their names in the newspaper or to a complaint. This fear the relatives display of complaining, or putting their name to a public comment, was the most shocking aspect of the whole week. Shocking. Shocking. And everywhere the whispered question: what happens if you do not have relatives to negotiate with the Irish health service on your behalf?

It is merely deeply irritating that one cannot begin to discuss the health service without genuflecting to our fantastic health workers first. What kind of a service is it that demands such extraordinary levels of silence and hyperbole from its users, before you can talk about a system that is itself on its knees?

I take the point that faceless managers make darn sure they remain faceless and do not have to deal with the raw reality of human biology, or indeed with the rest of us. I realise that we, the general public, can be rude, drunk, stressed-out, drug-addicted and just downright inconvenient – but that’s no reason not to talk to us. Talking to us is part of your job.

I should have made the point that the demoralising effect of working within a corrupt and rotten system should never be forgotten, because it is really dangerous.

Some of us feel sorry for doctors, who become professionally and emotionally isolated by the system they profit from financially. All groups within the health service seem isolated, furious and fractured from one another – let alone the patients.


Anguish edited out
The correspondence I received in the last week – quite a lot of it from retired medical workers – gave an inkling of how bad things are. It is now absolutely standard for relatives to spend long hours in hospital to make sure patients eat, even to hire in outside carers to perform the same task. Is this a minor matter? And I stand by my argument, that minor matters add up to a lot of pain. It is no exaggeration to say that people are now afraid to be admitted to Irish hospitals. Or to say that the anguish of the relatives and the stressthey endure, is reflected exactly nowhere in the official version of our health service.

But for me the saddest moment of last week came when I mentioned casually to a relative of a hospital patient that in Northern Ireland you don’t have to write to your consultant to book time to discuss your relative with him; that the doctors there actually come to the phone.

“Yes,” said this lady who has worn herself out caring for a relative who is a hospital patient. “I heard that.”

We were like two members of the underworld talking about a promised land. That is wrong.