Government ‘has not decided yet’ if pubs can reopen as restaurants

Pubs are supposed to reopen in August, while restaurants are allowed to reopen from end of June 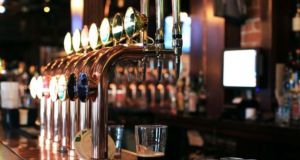 The Government has not yet decided whether pubs that serve food should be allowed to reopen as restaurants at the end of June, as many plan.

Officials at a briefing in Government Buildings this morning said discussions were ongoing with industry groups and it was not yet decided whether the pubs would be allowed to declare themselves to be restaurants and reopen on June 29th, rather than on August 10th, when pubs are permitted to reopen.

According to figures from the Licensed Vintners Association (LVA), a trade group that represents pubs in Dublin, 44 per cent of pubs plan to reopen their premises on June 29th.

Under the Government’s plans, pubs are supposed to reopen at the fifth phase of the lifting of lockdown restrictions in August while restaurants are allowed to reopen from the third phase at the end of next month.

The LVA said its figures suggest about 330 pubs will reopen at the third phase to serve food on their premises on the same basis as restaurants given that they have restaurant certificates “and accordingly are licensed restaurants”.

Speaking at Government Buildings this morning, senior official Liz Canavan said that the vintners’ plans were a “concern”, but that conversations were ongoing with their representatives. It was not decided yet whether the reopening would be permitted.

She also said some shops that should not have reopened under the roadmap had already done so.

However, she said that despite some concern in Government, it is happy that the general level of compliance with the restrictions remains high. Ms Canavan said where beaches and bathing spots had become congested, gardaí had moved in to ask people to disperse, and their requests had been complied with.

New Covid policing regulations have had to be invoked 241 times out of hundreds of thousands of interactions, she said.

“The emphasis continues to be placed on policing by consent with gardaí in the community aiming to engage, educate and encourage before applying enforcement, which is used as a last resort,” she said.

“To be fair to everyone, you should try to limit your time in these locations so that there can be a good throughput of all of the people who want to enjoy the same amenity – do your exercise and go. If you can, you should go somewhere less busy to avoid a situation where you cannot social distance,” Ms Canavan said.

Trinity College Dublin to resume with as much face-to-face teaching as possible 14:42
No personnel have rejoined Defence Forces under scheme, Dáil told 15:05
Covid-19: Harris urges people not to think it’s ‘mission accomplished’ ahead of next phase 13:36
Dáil observes minute’s silence after death of George Floyd in the US 13:34
End ‘shameful stand-off’ over pension for Troubles’ victims, Johnson told 12:39