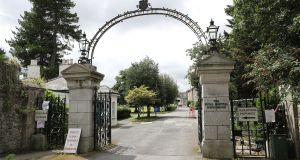 The Royal Hospital Donnybrook warned the Health Service Executive it could be forced to halt admissions and relocate patients if “potentially disastrous” fire safety shortcomings were not addressed.

The hospital is funded by the HSE to provide step-down rehabilitation care and a 66-bed nursing home.

Correspondence between the hospital and the HSE was obtained by The Irish Times under the Freedom of Information Act.

In a worst-case scenario, the hospital could be deemed unsafe and we could be directed to relocate some or all patients

In a business case appealing for extra funding in February, the hospital told the HSE the fire safety failings meant “patients, residents, staff and visitors are all placed at an unnecessary level of risk”.

It said it was in danger of being served a fire safety order, and “criminal prosecution is a possible outcome should the situation not be addressed in a timely manner”. The required remedial works would cost €2.3 million, the hospital said.

“In a worst-case scenario, the hospital could be deemed unsafe and we could be directed to relocate some or all patients”, which would be “financially catastrophic”, it said.

In a letter to the HSE dated January 30th, hospital chief executive Conor Leonard warned the fallout would be “potentially disastrous” if the hospital was forced to shut.

The hospital’s emergency safety systems were “seriously deficient and may fail to operate when needed”, an internal note from January said. Some fire doors in residential wards provided only 30 minutes fire resistance, rather than the required hour, it said.

The emergency lighting system to guide people to safety in the event of a fire was “very poor”, with many areas not covered, it said.

The HSE has known about the major fire safety risks in the hospital for nearly two years, correspondence shows.

In a letter dated October 22nd, 2018, Mr Leonard warned it was “unacceptable” the hospital was not meeting legal fire safety standards, which was “compromising the safety of patients, residents, staff, contractors, volunteers and visitors”.

The hospital applied for €1.2 million for urgent works in late 2018, but the HSE said funding would not be available until 2023 at the earliest. The hospital spent €200,000 addressing some of the issues in 2019, and carried out further works earlier this year.

Following repeated appeals, the HSE released €1.6 million for the fire safety works at the start of July. Evonne Healy, hospital director of nursing, said the works had commenced on July 20th.