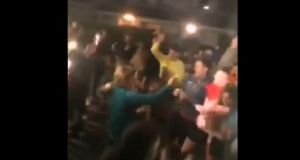 There was a 20-fold increase in new Covid-19 outbreaks among third-level students, mostly in student accommodation, in the last week of February, the latest figures on clusters of the disease show.

Sharp increases were recorded in the number of outbreaks in student households, community settings and workplaces.

There were 61 new outbreaks among students in private houses, social gatherings and college locations – up from three a week earlier. The total number of cases linked to these outbreaks jumped to 480 from 113 in a week, while the number of open outbreaks rose to 73 from 13 in just seven days.

An outbreak is defined as two or more cases of the disease and it remains open until 28 days have passed without a new positive case being detected.

There were 135 new family household outbreaks reported, more than double the previous week, and 53 new general outbreaks in private houses, a seven-fold increase.

There were 37 new outbreaks in workplaces, an increase of eight or almost a third, in a week, and 25 new community outbreaks in the week where there were none the previous week.

The Health Protection Surveillance Centre data shows there were 21 new hospital outbreaks reported in the week, an increase of 17, and six new nursing home outbreaks, a decrease of one.

There were 19 new outbreaks in residential institutions, an increase of eight in a week.

In all, there were 181 new outbreaks reported, down from 372 the previous week.