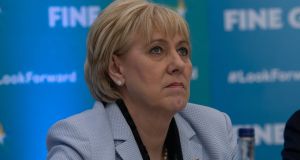 Why is the Pandemic Unemployment Payment being cut? The “tapering” – a purposefully distorting word the Government uses when they mean cutting or reducing – of the payment from €350 to €300, and to lower levels again, is punitive, arbitrary and unnecessary.

Minister for Social Protection Heather Humphreys, was rightly taken to task by Philip Boucher-Hayes on RTÉ Radio 1 recently. Considering it’s so easy and cheap to borrow money right now, he asked, then why not do that and spare people from the stress of PUP cuts? Why not end the immediate hardship of imposed poverty instead of causing it?

Many people are on the PUP as a consequence of the government shutting down their industries; the live events sector, the vast majority of the arts and culture sector including music and theatre, and indeed people who work in restaurants, bars, pubs and cafes, and across the tourism sector. The PUP is a lifeline, so what’s behind the urge to cut it?

Humphreys’ excuse is that we don’t have an endless supply of money. It’s a pity the Government doesn’t think about that when it pours billions into inflated budgets on capital spending projects, or as it continues to fritter away billions into a hole of banking debt we all carry the burden of, or when it outright refused to collect tax from Apple.

Humphreys’ response to supporting artists, for example – that she had set up a “dedicated email address” where they could air their concerns – was laughable. Setting up an email address, an action she repeats often as if it is some kind of monumental achievement, and telling people to “engage with the department”, is 30 seconds work. This is not a solution.

Fine Gael politicians often fail to identify their ideology outright. Some just view themselves as the standard, factory setting Irish person, without any recognition of their privilege or politics or what it is that draws them to a party that increasingly abandons the poor and vulnerable. Their statements on ideology and big picture politics are often remedial or underdeveloped.

Perhaps Humphreys genuinely believes people should suffer because of the circumstances they’ve found themselves in, but I doubt it. More likely, a Fine Gael ideology rooted in a delusional sense of meritocracy that magically seems to only benefit people very like them, has cascaded to the point of it feeling like a reality or an absolute truth, when in fact – as Fine Gael found out in the last election – it is absolutely not.

So why is the PUP being cut? In order to understand, we have to realise that even in a coalition government, Fine Gael are still the money men and women. For many, the PUP is the most direct help that people can avail of right now. It does everything Fine Gael says they want: putting money into the pockets of middle-class people, rewarding people who pull themselves up by their bootstraps, pro-business, pro-entrepreneur.

It goes to show how strong is Fine Gael’s disdain for their invented version of the “welfare class” that they will go so far as to betray one set of their ideals in order to impose poverty where they feel it’s needed and on who they feel deserves it. The latest phase of dithering at Cabinet level over whether to reverse the cut as part of next month’s budget, could only happen among a bunch of people for whom missing €50 a week would have no impact.

Some people in Fianna Fáil, Fine Gael and indeed the Greens, understand why they’re haemorrhaging voters to Sinn Féin

More and more it feels that it’s Fine Gael’s modus operandi that is guiding Government decisions. Theirs is a culture of chastising and alienating, of gaslighting and ignoring. This segmentation of the State, which Leo Varadkar seems to champion, is what has the UK the way it is.

It is an intensely conservative, remarkably unambitious, totally regressive and chronically stupid way of perceiving a population, one that sees winners and wasters, the lucky and the layabout, the success and the sap.

However, we know that familial wealth, nepotism, inherited opportunities, access to power, and generational social networks that spin out from private schooling, for example, provide an infinitely greater level of social supports to the types of privileged people who actually think nothing of putting their hands out to ask for more.

Ultimately, I do think the Government will reverse the PUP cut. The reason they’ll reinstate it, is because some people in Fianna Fáil, Fine Gael and indeed the Greens, understand why they’re haemorrhaging voters to Sinn Féin, and that the majority of people whose PUP lifeline has been cut will not be voting for Government parties when the next opportunity arises.