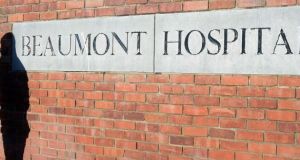 The Coast Guard stopped using a field adjacent to Beaumont Hospital for patient transfers after local residents complained about noise and safety concerns, it has emerged.

The field at Beaumont Woods, located on the western fringe of the hospital campus, had been used for this purpose for around three years, but transfers involving Coast Guard helicopters ceased in November and are now being directed to Dublin Airport some 15 minutes’ drive away.

This followed a sustained campaign of pressure from the Beaumont Woods Residents’ Association who were unhappy over alleged safety issues and disruption caused by the landings.

The Coast Guard then suspended use of the site in response, a spokesman for the organisation confirmed.

“The Coast Guard helicopter service suspended use of the football pitch at Mercy College, Beaumont as a designated landing site adjacent to Beaumont Hospital on 25 Nov 2017. The Coast Guard has been in correspondence with the local residents association on the matter,” he said.

The Coast Guard continues to use other landing sites in the Phoenix Park, Kilmainham Hospital and Dublin Airport for transfers to medical facilities in the capital, the spokesman said.

Ireland’s leading neurosurgical hospital, many urgent cases are transferred to Beaumont from around the country each year.

It is understood the field, which is used as a playing pitch by the nearby Mercy College secondary school, may still be deployed as a landing zone for Air Corps medevac operations.

Beaumont Woods Residents’ Association representative Brendan Caccarelli said helicopters began using the site a number of years ago without first entering into dialogue with people in the locality.

“They’re landing in our back yard, alarms are going off, children are running around. It’s dangerous. We appreciate the people doing the job, they are heroes, but this is not the place where they should land,” he said.

Des Maguire from the Beaumont Residents Association, which covers a larger swathe of the Dublin 9 suburb, said the landings did not emerge as a serious issue within the forum as they were well marshalled by emergency services, including the Fire Brigade and gardaí.

“People were complaining about it now and again, but nothing major. This has come out of the blue as far as I’m concerned,” he said.

“Sometimes noise affects people, but we have to think of the greater good and what it’s doing. Nobody’s going to stand up and say ‘I don’t want that person to go to hospital quickly’. Every second counts when you’re in a very serious situation.”

Mr Caccerelli said his organisation’s latest AGM was attended by around 30 people, and it recently received a message of support from local TD and Minister of State for Disability Issues Finian McGrath regarding the helicopter campaign on its Facebook page, which has 73 ‘likes’.

A spokesman for Mr McGrath told The Irish Times he raised the issue with Minister for Health Simon Harris following representations from constituents.

He said Mr McGrath does not consider a blanket prohibition on Coast Guard helicopter transfers to the area to be necessary, and that Dublin Airport was at no point put forward by the Minister as a suitable alternative landing location.