‘They won’t be able to move or to speak... it’s a devastating disease’

It is estimated that 200 people in Northern Ireland have the incurable, hereditary condition known as Huntington’s Disease. Video: The Detail 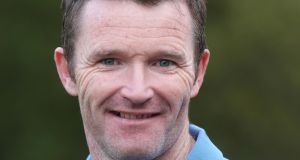 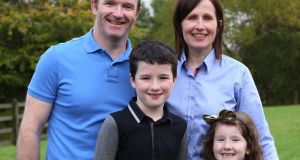 Huntington’s disease sufferers in Northern Ireland say their battle with the “devastating” and “cruel” condition is being made more difficult by the failure of the health authorities to provide long-promised specialist support.

Huntington’s disease (HD) is a rare brain disease and one of the most severe progressive neurological conditions.

In Northern Ireland 118 people are known to have the condition, but just two of the five health and social care trusts in the North have access to a Huntington’s disease nurse, meaning at least 48 patients have no access to the specialist support because of where they live, the Belfast-based data journalism project, Detail Data has found.

“Normally it affects people first between the ages of 30 and 50, but there’s a small percentage of people who would be affected from childhood. Normally people would live with the condition for between five and 20 years.

“. . .Towards the end they are usually requiring 24-hour care. They won’t be able to move or to speak. Some people won’t be able to swallow so they’ll be reliant on tube feeding. It’s a very devastating disease.”

Specialist nurses can play a key part in linking Huntington’s disease patients to services including mental health, neurology, GPs, social services, occupational therapy and speech and language. The issue will be discussed today at a conference hosted by the HDANI in Belfast’s Duncairn Arts Centre.

Simon Clark (45), from Derry, is in the early stages of the disease. “At the moment I’m struggling because I find the movement and everything uncomfortable . . . I would like to go to someone that understands it, but there’s no-one there. . . If it wasn’t for the kids and their help, I hate to think what road I would have gone down.”

Mickey McNulty, who lives in Gortin, just outside Omagh, has tested positive for Huntington’s but hasn’t yet developed symptoms. “My mother had Huntington’s disease and her brothers and sisters also had HD. I have cousins as well who have passed away with it. The impact has been dramatic, it’s been overwhelming . . . knowing that you have it, knowing that there’s no cure and just all the uncertainties of it.

“We live in the Western Trust. There is no specialist nurse in the west for HD. There is an inequality . . . I don’t think it’s really fair that if you live west of the Bann, that you can’t get the same facilities as everybody else.

“A nurse in the west would be of great benefit, it would give you someone . . . you could go to for advice who knows what you are going through.”

The Northern, Southern and Western trusts confirmed they did not have a specialist nurse for Huntington’s, and had no plans to recruit one. Patients had access to local neurology services and could be referred to the Regional Genetics Centre in Belfast, which provides testing and counselling services.

Ms McGuinness said families are being “put at risk”.

“It’s completely unacceptable that some patients haven’t got access to treatment simply because of where they live.”

A second HD post has been vacant since around May 2016. Earlier this year, the most senior civil servant at Northern Ireland’s Department of Health, permanent secretary Richard Pengelly, wrote a letter to the HDANI acknowledging that “historically, provision was made for two HD nurse specialists”.

He said there had been “ongoing difficulties with recruitment and retention”. Mr Pengelly committed to asking the Health and Social Care Board and the Belfast Trust “to renew their efforts” to recruit a social worker with a regional remit to fill the second post, but the position remains vacant six months later.

Belfast Trust said the job had been advertised but there were no suitable candidates at the last interview in April and “it was currently out for recruitment”.