CervicalCheck Tribunal has yet to receive a single claim 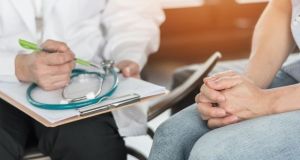 The tribunal was established to allow an alternative to going to court for claims arising out of the CervicalCheck controversy. File photograph: iStock

The CervicalCheck Tribunal has yet to receive a claim, more than two months after it started work and two years after the Government decided to set it up.

The tribunal now intends to begin an “outreach programme” to ensure “the public is informed of its existence” and how it plans to conduct its proceedings.

In a report to Minister for Health Stephen Donnelly, Ms Justice Power said the tribunal was receiving queries from claimants and solicitors about transferring cases from the High Court, time limits for the filing of claims and the online forms for the processing of claims.

Although the tribunal is working, the Christmas break may have impacted on the level of activity since members were appointed last December 1st, she said.

“The legal term did not commence until January 11th. Given the complex nature of these claims and the significance of a decision to transfer, it is to be expected that it will take some time before the tribunal receives a volume of claims.”

The controversy over the screening programme was sparked by Limerick woman Vicky Phelan, who has cervical cancer, settling a High Court action in April 2018 over the reading of her smear test. It later emerged that more than 100 other women had not been informed of an audit that had revised their earlier, negative smear tests. Some are taking legal cases against the testing labs and the Health Service Executive.

Since many are seriously ill, there was an urgent need to establish the tribunal quickly. After the government announced the tribunal in December 2018, enabling legislation was passed in July 2019.

However, the Covid-19 pandemic led to delays and then it emerged two of the three judges chosen for the tribunal would not be taking up their posts.

In her report Ms Justice Power said: “Central to the tribunal’s objectives is the speedy processing, efficient hearing and swift determination of eligible claims in a fair, impartial, private and case-sensitive manner.

“The tribunal’s rules of procedure are designed, specifically, to achieve this end without undermining the integrity of the court process or compromising important legal protections and safeguards.”

A facilitator has been recruited for “meeting to restore trust” which will be open to all women eligible for the tribunal, irrespective of whether they bring a claim or not.