Programme can identify cancer in mammograms with fewer false results 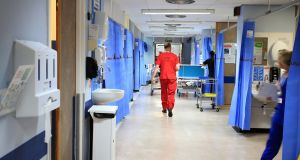 An artificial intelligence programme has been developed which can detect breast cancer from mammograms better than experts, a study found.

A new study has found that an AI system developed by Google Health can identify cancer in breast screening mammograms with fewer false positives, and fewer false negatives than radiologists.

It said that while human experts had access to patient histories and prior mammograms when making screening decisions, the AI system only processed the most recent mammogram with no extra information and “compared favourably”.

The team said that the latest study, published in the journal Nature on Wednesday, “set the stage” for the model to potentially support radiologists performing breast cancer screenings.

Dominic King, UK Lead at Google Health, said: “Our team is really proud of these research findings, which suggest that we are on our way to developing a tool that can help clinicians spot breast cancer with greater accuracy.

“Further testing, clinical validation and regulatory approvals are required before this could start making a difference for patients, but we’re committed to working with our partners towards this goal.”

Screening mammography, the most widely used breast cancer screening tool, is an X-ray taken of the breast from multiple views and the images are then analysed by at least one radiologist in the US or two in the UK.

Breast cancer is the most common cancer in the UK - with around 55,000 people diagnosed every year, according to Cancer Research UK.

The charity said one in seven women in the UK develops breast cancer during their lifetime, and it more common in older women.

“Embracing technology like this may help improve the way we diagnose cancer in the years to come.

“Screening helps diagnose breast cancer at an early stage, when treatment is more likely to be successful, ensuring more people survive the disease. But it also has harms such as diagnosing cancers that would never have gone on to cause any problems and missing some cancers.

“This is still early stage research, but it shows how AI could improve breast cancer screening and ease pressure off the NHS. And while further clinical studies are needed to see how and if this technology could work in practice, the initial results are promising.”

1 Reopening of pubs that do not serve food may be delayed beyond July 20th
2 Hundreds of substitute teachers may be hired full-time to keep schools open
3 Brightest comet of the century visible in Irish skies for the next week
4 Non-wearers of masks on public transport face fine and jail sentence
5 Johnny Depp: Ex-wife or friend defecated in bed in ‘fitting end’ to marriage, court hears
Real news has value SUBSCRIBE