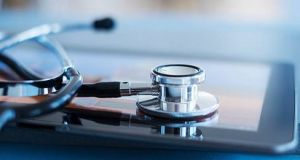 The HSE chief executive said he wanted to put in place a “properly distributed system of delegated authority” from executive management level down to local management. Photograph: Getty Images

Mr Reid said all health service managers needed to be made more accountable for their actions, with staff who fail to disclose errors open to disciplinary action.

He said staff who do not disclose errors or who have “culpable clinical shortcomings” may be disciplined or referred to their professional bodies, and could be found unfit for their post where “consistent failures” occur.

Mr Reid set out his proposals for strengthening accountability in the HSE in a document presented to the board last month, obtained by The Irish Times under Freedom of Information legislation.

“More often than not the procedures adopted by the HSE are challenged, resulting in delayed processes, multiple investigations highlighting flawed or weak processes, and a resulting escalation of legal costs.

“In my view we need to learn from these past experiences and now focus our efforts into delivering a stronger accountability framework.”

He said individual staff have traditionally resisted any link to system failures by arguing that the adverse event that occurred should be “attributed” to decision-making by local management, for example due to rationing of resources.

Yet local management in turn attribute their decisions to corporate decision-making, for example by saying expectations of their activity were unrealistic relative to staffing or funding.

Corporate management then attribute their decisions to policy choices made at national level, for example relating to overall health funding.

“Such arguments are not sustainable,” said the HSE chief executive. “They point to a lack of ownership of decision-making and accountability.”

He wanted to put in place a “properly distributed system of delegated authority” from executive management level down to local management.

Present accountability arrangements were “not as clear as I would like them to be”, but when the review was complete there would be “much greater clarity regarding individual managers’ roles and responsibilities, ensuring greater individual accountability at all levels”.

A performance management system is to be created for all employees – managers, clinicians and support staff – supported by clear job descriptions and contracts of employment.

Under its policies the HSE is required to make open disclosures of an incident resulting in harm, and to conduct an analysis of the incident.

Mr Reid said employees who reported errors must not face “unjust repercussions where there was clearly no intent to cause harm”.

“As against that the HSE will quite rightly take a poor view of individuals who do not make open disclosure and/or fail to engage with the system analysis review process. However, a healthcare system which is seen as punitive of persons who disclose an error cannot be encouraged.”

Existing procedures were to be calibrated so employees who make a “full and frank” disclosure of a clinical error were not subjected to “unjust sanctions”.

A clear statement would also be made in revised procedures to the effect that “a failure to disclose a clinical error will be taken very seriously and may justify a disciplinary response”.

Where there was evidence of culpable clinical shortcomings or a failure to make open disclosure “it may be necessary to make a complaint under the relevant fitness to practise regime” of professional bodies.

And where there were “consistent failures” to meet required standards involving staff “it may be necessary to reconsider whether such individuals meet the ‘fit person’ criteria to undertake these statutory roles” assuming due training had been provided.

Mr Reid acknowledged any changes to existing disciplinary procedures applying to most non-doctor staff would have to be negotiated with health service trade unions.