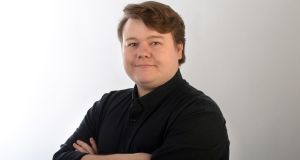 The parents of Irish Times journalist Glen Murphy, who is recovering from coronavirus, have been left waiting for days for test results despite showing symptoms of the disease and having had contact with their son.

Murphy was diagnosed on Sunday, March 15th and immediately went into self-isolation at home. His symptoms have largely abated since then.

On Friday, his mother was admitted to hospital with pneumonia and was tested for coronavirus, also known as Covid-19, the following day. At the time of writing on Monday, she had not yet received her test results.

His father has also experienced mild symptoms associated with the virus but was not tested until this morning, eight days after his son’s diagnosis.

At a briefing on Sunday, the HSE’s chief operations officer, Anne O’Connor, said the average waiting period for a test was four to five days.

HSE chief executive Paul Reid has acknowledged that delays in testing had begun to build up and that thousands more testing kits would be distributed this week.

Murphy spoke about his experience of contracting Covid-19 on today’s episode of Confronting Coronavirus, a podcast published every weekday by The Irish Times.

“I just can’t understand how people in such close proximity to a known case aren’t prioritised,” he told deputy editor Deirdre Veldon.

He waited for three days to be tested after developing symptoms, being told his case was not a priority as he had not travelled to what were then the affected areas. Since then, HSE criteria for testing have changed. Anyone displaying normal cold and flu symptoms is instructed to self-isolate at home and call their GP who will advise on their need for testing.

The arrival at his apartment of medics in protective attire was shocking, he said. “I was expecting the person to be in the full getup but when you see them standing in front of you, it’s a very different experience. It does nail it home that you’re a statistic in a global pandemic”.

Murphy provided the names of approximately 40 people he was in contact with in the days before his diagnosis. “I assumed every single person I was in touch with would be tested.That’s not the case at all”.

Even while suffering from the worst of the illness, Murphy’s main concern has been for the wellbeing of his parents.

“The hardest part no doubt has been worrying about my mam, since she went into hospital, it’s just very uncharacteristic for anyone in my family to be in hospital” he said.

He urged people to keep their distance from others.

“Social distance rules exist for a reason, they will absolutely save lives of people who are more vulnerable to this disease,” he said.