What is this purple beetle? Readers’ nature queries 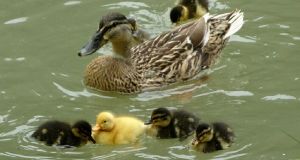 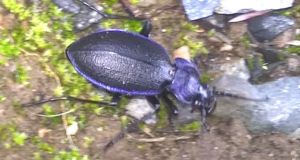 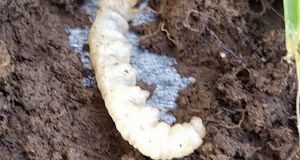 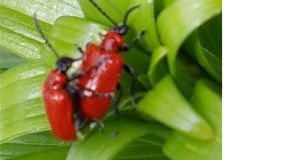 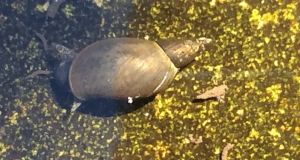 Is this a common beetle? – Peter Murnin, Rostrevor, Co Down It is the violet ground beetle. There were only three reported to the Biodiversity Data Records but that may be because people don’t notice them or report them when they see them.

While digging in a grassy patch in my garden, I found several of these grubs 3-4 inches down in the soil. They were 3-4cm long. – Mike Egan, Ballivor, Co Meath

They are beetle larvae, either cockchafer or stag beetle. This one looks like cockchafer larva. Both remain in the soil for two to three years and damage the roots of plants.

I took a photo of these two bright red insects in my garden. I wonder what they are; I think I know what they are up to. – Billy Linehan, Castleknock, Dublin, 15 They are the scarlet lily beetle and an invasive, alien species, not to be encouraged. You should notify them to Invasive Species Ireland.

There is an explosion of water snails in my pond. Originally there seemed to be just one that came in on an aquatic plant. They seem to be dirtying the pond as much as cleaning it. – Patricia Curran, Cloughjordan, Co Tipperary

One way to remove them is to blanch some lettuce and leave it in the pond overnight, then lift out the accumulation of snails in the morning.

In Noale, near Venice, we saw this mallard with ducklings in the moat surrounding the local ruined castle. Apparently the little fellows are produced as a result of mixing farmyard and wild ducks. Once the gene is in the system the yellow duck can appear at any time. – Pat Heffernan, Drogheda, Co Meath