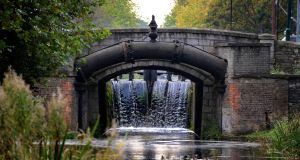 The EPA Water Quality in Ireland report is the most comprehensive evaluation undertaken of all water types. Photograph: David Sleator/The Irish Times

A six-year assessment by the Environmental Protection Agency (EPA) has found “unwelcome declines in Irish water quality” in hundreds of water bodies around the country.

The evaluation of rivers, lakes, canals, groundwaters, estuarine and coastal waters covers the period 2010 to 2015 and confirms a significant increase in the number of fish kills.

It cites particular concern over a decline in water quality in “our pristine rivers”. On the plus side, however, it says the number of “seriously polluted waters” has reduced.

The EPA Water Quality in Ireland report is the most comprehensive evaluation undertaken of all water types, and is the first conducted under the demands of the EU Water Framework Directive (WFD).

While the national picture is relatively stable, some water bodies have improved while others have deteriorated.

“The good news is that we have almost eliminated the worst of the worst polluted sites,” said Dr Matt Crowe, director of the EPA Office of Evidence and Assessment.

“The bad news is that the decline in our most pristine waters, the best of the best, has continued.”

There was now a need to put measures and resources in place to arrest any further deterioration of water status and to make necessary improvements, he said. These had to be based on scientific evidence and required constructive engagement and collaboration across a wide range of stakeholders.

The report notes improvements planned for under a new river basin management programme “have not been achieved”.

There were 1 per cent and 2.6 per cent declines respectively in high or good “ecological status/potential” of monitored river and lake water bodies since 2007-2009. The length of unpolluted river channel was static between 2007-2009 and 2013-2015 at 69 per cent of channels surveyed. The quality of water canals remains very high, with the exception of the Shannon-Erne canal.

While only six river water bodies were assigned “bad status” compared to 19 in 2007-2009, a “worrying loss of the highest quality river sites has continued”.

“The reason for this increase is unclear, but it may be a result of extended dry spells and/or flooding events, rather than a return to an increase in the number of serious pollution spills that would have been the main cause of fish kills in the past,” the report concluded.

Andy Fanning, programme manager for the EPA’s Office of Evidence and Assessment said the agency was assessing the significant pressures contributing to waters being in unsatisfactory condition or being at risk of deteriorating.

Measures to be prioritised will be outlined in the final river basin management plan due for publication later this year.

Nutrient losses from agriculture and domestic wastewater discharges are the primary reasons why WFD quality objectives are not being met, the report notes.

In relation to agriculture, pressures relate to “diffuse nutrient run-off” and sediment from land, and point to source pollution associated with farmyards.

Elevated nutrient concentrations – phosphorus and nitrogen – continue to create the most widespread water quality problem in Ireland. While phosphorus concentrations have declined in recent decades, “the downward trend appears to be tapering off and increases have been observed in some rivers since 2014”.