The oil lobbyists aren't staying away, so neither should we

COP21: The view from the grass-roots 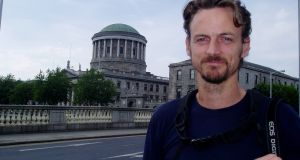 William Hederman: Joining 33 other environmental activists from Ireland on a trip to Paris for the close of the COP21 climate change conference.

As the dusk descends on Dublin Wednesday afternoon, I will board a bus with 33 environmental activists for a 28-hour voyage to Paris, via Rosslare. The plan had been to join the biggest climate summit protests in history, to surround and besiege COP21 in its final days, to physically ramp up pressure on our foot-dragging “leaders”.

The trip was planned months ago by Stop Climate Chaos - a coalition of 28 Irish NGOs and campaign groups - but in the meantime, a different kind of emergency rendered the big street protests illegal: the state-of-emergency law introduced by president Francois Hollande following the attacks in Paris four weeks ago.

That law has been used to pre-emptively put French climate activists under house arrest. As protest organisers in France looked for creative ways to circumvent the ban, here in Ireland we wondered would our trip go ahead. Would the security lock-down make it pointless?

Stop Climate Chaos decided the show would go on, and of the 50 people who had originally signed up, 34 chose to stick with it - a good result in the circumstances.

So why are we still making this 1,200km trip - especially if the big outdoor protests are off, and we might not be able to get within a megaphone’s roar of the venue at Le Bourget? There are many answers to that, but one is the army of lobbyists from fossil fuel and other “dirty” industries already at COP21. (Imagine tobacco lobbyists at a health policy summit.)

This is literally a corporate-sponsored summit - big business has stumped up one-fifth of the €170 million cost of staging COP21. In return they get valuable access to the officials negotiating a deal.

Hollande’s state of emergency will not impede the efforts of these “anti-climate” forces to capture government, to distort debate and to stop a meaningful deal being reached (as documented by Corporate Europe Observatory). And so it should not deter us from making the trip.

Another reason to go is that summit protests - and the political and social events around them - are a chance to connect with activists from around the world; especially to stand in solidarity with those from the global south, regions that contribute least to climate change but suffer most from its effects.

* Visit irishtimes.com for further reports from William Hederman at COP21.