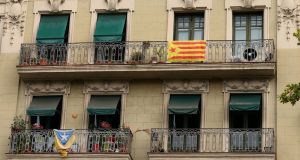 As Ireland continues to grapple with a housing crisis, other countries are pursuing novel solutions to make accommodation more easily available for citizens.

The Catalan regional government recently legislated for a system of temporal ownership which allows a property owner to transfer the ownership of a house or apartment to a third party for a period of between 10 and 99 years.

The temporary owner pays the market rate of expected rental earnings for the duration of the legally-binding contract, based on a loan-to-value ratio of 80 per cent to take into account depreciation, and this can be done in either a lump sum or through mortgage-like instalments.

It is an irrevocable agreement whereby the original owner retains successive ownership rights of the property, but the arrangement can be extended beyond the initially-agreed period.

The Catalan legislation contains inbuilt guarantees around payment defaults and reduction of asset value, and the agreement can be dissolved if remedial works are not carried out by the temporary owner where substantial damage caused by neglect or intentional harm has occurred.

Studies have shown this model to be more affordable than conventional renting, with long-term savings of hundreds of euro per month achievable.

However, this does not take into account taxes and property repairs for which the temporary owner is liable throughout the duration of their tenure. As such, the primary appeal of the temporal ownership model is security of tenure rather than affordability.

Proponents of the scheme argue that it can essentially eliminate forced evictions by creating a statutory framework through which a deed-holder in mortgage arrears can cede ownership of the property to the bank in an orderly manner over a long period of time.

The initiative, which remains in its infancy in Spain, has been touted as a good solution for older people who would like to retire to a smaller and more manageable property without surrendering ownership of a family home, and workers who move to a new area on a set-term contract.

Experts have also suggested that temporal ownership could provide a boost to credit unions, which would be regarded as a popular lender for what is a reasonably modest sum compared with outright house purchase.

Such a scheme may provide an alternative to proposals to incentivise older people in nursing homes to rent out vacant properties in their ownership, or as a complementary solution.