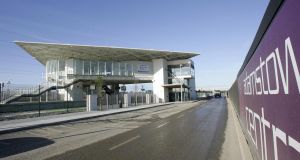 The Irish Planning Institute has warned against lowering apartment standards in a “knee-jerk” reaction to the housing crisis.

The institute was responding to suggestions that Dublin City Council should reduce the size of apartments it allows in order to kick-start development.

“We cannot and should not react to developer or media outrage and pressure and the IPI is concerned that this is exactly what is happening with recent statements in the media criticising Dublin’s apartment standards and calling for smaller apartments.”

Chief executive of the Government’s Housing Agency John O’Connor recently said the council should reduce the minimum size of a one-bedroom apartment to 45sq m in line with the Department of the Environment guidelines and consider the introduction of a new “studio” size apartment of 40sq m for long-term rental accommodation. His comments were supported by the Construction Industry Federation.

Ms Hughes also raised concerns the Government was “putting the cart before the horse” by changing planning laws before introducing a planning regulator as recommended by the Mahon tribunal report.

“Where is the legislation supporting the establishment of an independent office of the regulator and should this legislation not be in place before we remove planning barriers to facilitate growth?”

Developer Paul McGrath told the conference large Dublin housing schemes such as Adamstown and Cherrywood were being held back because of excessive demands on developers to provide infrastructure. “The provision of and the funding of infrastructure is at the heart of every planning discussion and it is the key impediment to the delivery of large projects.”

Mr McGrath, director of the Cosgrave Property Group, said banks were not willing to fund schemes which “frontloaded” high levels of infrastructure development, such as rail lines and extensive road networks. A phasing system should be used so that instead of all the infrastructure being put in place before houses were built, there would be “trigger points” where it was installed as it was needed to serve blocks of housing.

“If a scheme can’t be broken down it will not be funded. If they can’t be phased and scaled they are unlikely to be built.” He referenced the large train station in Adamstown which had around 85 passengers a day.

“If Irish Rail had the choice in the morning, they would shut it.”