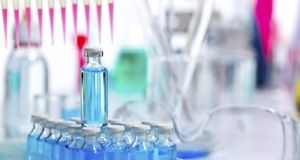 Cúram, the NUI Galway-based centre for research in medical devices, is to hire a consultant to conduct a feasibility study into the development of a national testing lab for large animals.

Cúram, which is funded by Science Foundation Ireland, partners with several other Irish universities and focuses on developing medical implants.

The HSE recently advertised a public tender on behalf of Cúram for a consultant to draw up a white paper for a national animal testing facility.

Tender documents state the “rationale” for the national testing lab was to deal with a growing pipeline of new devices from industry groups and academic researchers.

“There is an increase in the requirement for large animal medical device trials in order to bridge translation to human trials,” the tender states. “If Ireland had such a facility, it will enable faster translation of implant prototypes as potential human therapies.”

The document outlines that there was a “general view” from multinational medical device producers in Ireland that a centralised testing facility for large animals would be beneficial for research and development.

The University College Dublin veterinary hospital had the potential to play a “central role” in the venture, the tender document said. Currently the hospital treats close to 6,000 animals a year.

University College Cork also had “limited facilities” for animal cardiovascular research, but the option of locating a potential lab there would be “cost prohibitive”, the tender specifications said.

The consultant would be required to complete a feasibility report on a national testing lab by March, and provide a white paper on how the facility would operate by June.

In recent years animal rights groups have criticised Irish universities for using animals in medical tests. Trinity College Dublin bought nearly 110,000 live animals between 2012 and 2016, for use in biomedical research.

Previously the Irish Anti-Vivisection Society, who campaigns against animal testing, has called for stricter regulation around the area from Government.

Medical devices make up almost 10 per cent of all Irish exports and Ireland comes second only after Germany as the largest European exporter of medical devices. Common medical implants developed in Ireland include hip replacements, stents, and pacemakers. About 38,000 people work in the industry, in both indigenous and multinational businesses.