‘Most dangerous’ stretch of N4 to get €102m upgrade 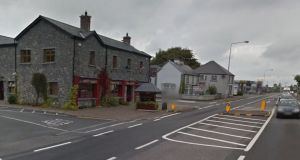 A community which has campaigned for decades for the upgrade of a road dubbed “the most dangerous stretch in Ireland” by a coroner have welcomed confirmation that the €102 million project will go ahead.

Thirty white crosses, each one marking a life lost, has lined the stretch on the N4 between Castlebaldwin and Collooney, Co Sligo.

The N4 Action Group said it was fantastic news that funding for the road was being provided in the Government’s Capital Funding Plan.

“It really is a bittersweet day as we remember the families locally, nationally and internationally who lost their loved ones along this notorious stretch,” said Bernard Mulhern of the N4 Action Group.

He said the 14km stretch had claimed the lives of 30 people, while many others were seriously injured there over the decades.

“The N4 development will consist of 14.71km of Type 2 dual carriageway with an estimated cost of €102.92 million, with a construction period of approximately 24 months.

“It is simply fantastic news for the northwest and in particular for the daily commuters on this road, once dubbed ‘the worst stretch of road’,” added Mr Mulhern.

The 30 white crosses along the grass margins had served as a chilling reminder that this stretch needed an urgent upgrade, he added.

The project, which will link the Curlew mountains with the motorway at Collooney, is expected to be the largest infrastructural project ever undertaken by Sligo County Council.

Almost five years ago, now-retired Sligo coroner Dr Desmond Moran criticised the authorities for failing to upgrade what he described as the most dangerous road in Ireland.

When the N4 Action Group erected the crosses to highlight the lives lost there, many likened it to driving through a graveyard.

Local Fine Gael TD John Perry said it was a day tinged with sadness as people remembered those who had died over the past three decades on “this treacherous stretch of road with 24 junctions, 130 agricultural accesses and 78 houses situated on it”.