‘I intend to make substantial progress’ on securing our habitats, says Malcolm Noonan 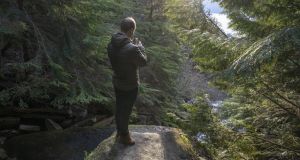 The European Commission said last week that 154 sites (out of 423) had not yet been designated as special areas of conservation in the ‘Atlantic biogeographical’ region in Ireland. File photograph: Getty

Minister of State for Heritage Malcolm Noonan has said he is determined to address a persistent failure by Ireland to protect habitats under the European Union habitats directive.

It has resulted in the European Commission bringing the State to the European Court of Justice for failure to designate special areas of conservation (Sacs) since the directive came into force in 2014.

The action initiated by the European Commission also cites a failure to halt biodiversity loss through site-specific conservation measures at those areas of conservation.

The commission said last week 154 sites (out of 423) had not yet been designated as special areas in the “Atlantic biogeographical” region in Ireland.

Mr Noonan, who has responsibility for heritage and the National Parks & Wildlife Service in the soon to be formed department of housing, local government and heritage, said: “Notwithstanding this long-standing infringement case, I intend to make substantial progress on protection of our habitats.”

He added that his intention will be to continue apace with the process of formal designations, development of conservation objectives and management plans for protected areas, as well as delivering on the ambitious priorities for biodiversity set out in the programme for government.

Mr Noonan said he is looking forward to his new brief, “which offers a tangible opportunity to advance the protection and enhancement of biodiversity and nature”.

What schemes are in place?

The Department of Culture, Heritage and the Gaeltacht said it would prepare its defence in the Sacs case in conjunction with the Office of the Attorney General.

Moreover, a range of conservation schemes have been put in place such as the European Innovation Partnerships and the green, low-carbon, agri-environment scheme administered by the Department of Agriculture, and the National Parks & Wildlife Service farm-plan scheme.