Department of Housing, Local Government and Heritage to ‘give careful consideration’ to findings 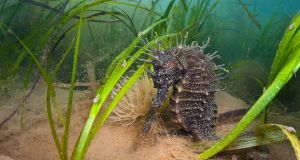 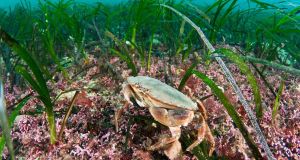 Mussels on longlines ‘can impact benthic ecosystems due to the deposition of pseudo-faeces. This can smother thriving seagrass and maërl communities’ such as those pictured. Photograph: R Shucksmith 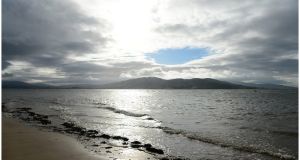 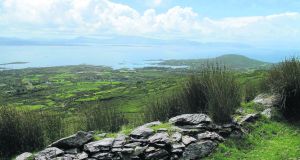 Kenmare Bay: Once ‘full of life with plentiful fish and kelp forests’; now described as an ‘underwater desert’

Some of Ireland’s most important protected marine habitats are experiencing “serious deterioration and in some cases outright destruction”, a report by the Irish Wildlife Trust (IWT) report has found.

The scale of damage prompted the environmental group to lodge a complaint with the European Commission because of “a more blatant than usual violation” of the EU Habitats Directive.

The report highlights environmental damage at four locations in particular - Roaringwater Bay in Co Cork, Kenmare Bay in Co Kerry, Blacksod Bay in Co Mayo and Lough Swilly in Co Donegal, which are all special areas of conservation (SACs).

The report also outlines Ireland’s failure to manage and successfully protect its inshore network of marine protected areas (MPAs). The evidence it cites comes from National Parks & Wildlife Service (NPWS) surveys, which show the extent of deterioration in protected areas.

Special areas of conservation designated under the habitats directive are supposed to be safe havens for a host of marine animals and plants. “In direct breach of this directive, Ireland has allowed the destruction of incredibly rare reefs and significant declines in carbon-sequestering seagrass meadows inside these SACs,” the report concludes.

In Blacksod Bay, a reef of the rare worm Serpula vermicularis was “completely destroyed by benthic dredging”, while in Roaringwater Bay, rare beds of the calcifying algae maërl were negatively impacted by mussel aquaculture lines, with shellfish excrement fouling a reef.

In Lough Swilly, the now rare native oyster is threatened by the spread of the invasive Pacific oyster which escaped from local oyster farms. A stretch of Kenmare Bay three decades ago was “full of life with plentiful fish and kelp forests”, it notes; today it was described as “underwater desert”.

“Many other estuaries and bays around the Irish coast are facing similar threats in addition to existing pressures from agriculture and sewage pollution and climate change. This mismanagement of Irish resources impacts both land and sea,” the IWT warns. Nearly half of all habitats surveyed by the NPWS in recent years have declined in status with 85 per cent in an inadequate condition.

The directive requires any significant pressures on a protected site be removed to enable habitats and species reach “favourable conservation status”. This has not been achieved for most Irish special areas of conservation, which is among the reasons why the EU Commission referred Ireland to the European Court of Justice in July.

IWT project officer Regina Classen said the Government needs to put processes in place that allow stakeholders, including environmental NGOs, to assist government agencies with the development of site-specific conservation management plans that are promptly implemented and strictly enforced.”

These plans will need to ensure no human activity can harm protected habitats or species inside MPAs, she said. “The focus now must be on restoration, and in some cases no-take zones are needed to ensure full protection.”

While the NPWS’s role is to conserve and restore the natural environment and develop these management plans, the IWT has repeatedly lamented insufficient resourcing of the agency. The IWT said it hoped this could be addressed in the budget.

The Programme for Government commits to protecting 30 per cent of Ireland’s seas in line with scientific advice and the EU’s Biodiversity Strategy. However, “only a meagre 2.4 per cent of Irish waters are nominally protected”, Ms Classen said. “Our report shows that even this tiny area affords no practical protection against destructive human activities.”

The Department of Housing, Local Government and Heritage said it will give careful consideration to the report by the Irish Wildlife Trust.

“Responsibility for nature conservation, and marine conservation also, spans across a number of Government departments and agencies,” it noted.

The National Parks & Wildlife Service (which has recently moved to the Department of Housing, Local Government and Heritage), is in regular contact with the Department of Agriculture, Food and the Marine which regulates fisheries and aquaculture. “Some of the specific elements in the IWT report are already under active review by the Departments at this time,” it confirmed.

The Programme for Government commits to “review the remit, status and funding of the NPWS, to ensure that it is playing an effective role in delivering its overall mandate and enforcement role in the protection of wildlife”, a spokeswoman said.

Minister of State for Heritage, Malcolm Noonan added: “I have commenced work on framing this review and am currently considering the structure and terms of reference for the review. This will include consultation with representative groups for farming and fishing and nature conservation.”