Murdock says while road deaths are falling, crashes at weekend ‘need to be dealt with’ 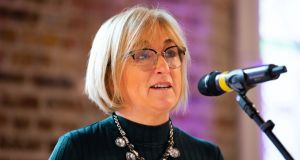 The chief executive of the Road Safety Authority (RSA), Moyagh Murdock has said Ireland has a serious problem with road crashes at weekends after seven people died in collisions between Friday and Sunday.

Ms Murdock, who is stepping down from her role shortly, said the number of serious and fatal collisions at weekends in Ireland is “disproportionate” and needed to be dealt with.

She was speaking after the seven deaths, which included a 16-year-old girl and a woman in her 80s.

The incidents happened in counties Cavan, Louth, Monaghan and Galway, and brought to 29 the number of people killed on the roads so far this year.

“Roads are quieter at weekends, but in Ireland we seem to have a real problem” with serious collisions at this time, Ms Murdock said. “It really is a problem that we need to deal with.”

She said Ireland had experienced a “very safe period” over the last three or four years with the number of road deaths decreasing.

“It is a long time since we’ve had a weekend as bad as this”, Ms Murdock added.

“It is dreadful to see any deaths occur but we have seen the monthly tally reduced to 12 and we had been trying to bring that down to ten a month. But as you can see, in the blink of an eye, that just overturned completely.”

A number of people were also seriously injured during this weekend’s road crashes, and Ms Murdock said injuries sustained in road collisions can have “devastating consequences” for the individual and their family.

“They have to pick up the pieces and try and rebuild their lives and that isn’t always possible,” she told RTÉ’s Morning Ireland.

She said speed remained the leading cause of road crashes and called on road users to “be vigilant, make wise decisions and look out for each other”.

The girl was a passenger in the crash which occurred at about 1.15am on Sunday in Porridgetown, Oughterard. The driver of the car, a 21-year-old man, was uninjured.

In Co Louth three people died following a two-car crash in the early hours of Saturday near Dundalk.

The crash occurred at about 2.15am on the N1 at Carrickarnan, south of Junction 20 on the main Dublin to Belfast road.

The occupants of one car, Kevin Faxton (50s) and his mother Mary Faxton (80s) were pronounced dead at the scene.

A man in his 20s, travelling in the second car, was taken to Our Lady of Lourdes Hospital in Drogheda.

A male pedestrian in his 20s died following a crash involving a lorry at about 11.15am Saturday morning in Monaghan.

The crash happened on the N54 between Monaghan town and Clones in the townland of Bandrum.

Gardaí are appealing for witnesses to that incident to contact them at Monaghan Garda Station on 04777240, the Garda Confidential Line or any Garda station.

On Friday night, the driver and passenger of a car travelling in Co Cavan were killed in a road crash.