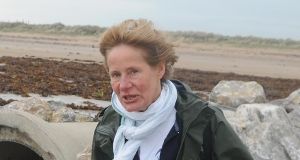 A new Foreshore Bill, about to go before the Oireachtas, will “radically change coastal responsibilities” and give ordinary citizens a chance to participate for the first time in planning for the sea shore, according to Coastwatch Ireland.

Launching the 27th annual survey of the coastline by “citizen scientists”, Coastwatch co-ordinator Karin Dubsky said this year’s audit would provide much-needed data that could be mapped and made available to the public.

“Our coasts are one of our most valuable and beautiful natural resources,” she told a launch event in Carlingford, Co Louth. “But between climate change, the impacts of our resource use and pollution, too many sites are under threat.”

Under the new Foreshore Bill, responsibilities for managing the coastal zone are to be transferred to local authorities, and she said the Government is also preparing measures to bring our seas to “good environmental status” under a new EU marine directive.

Ms Dubsky, who started the Coastwatch survey in 1987 in collaboration with The Irish Times, pointed out that the terms of this year’s audit had been “aligned internationally to help implementation of the new EU marine strategy framework directive”.