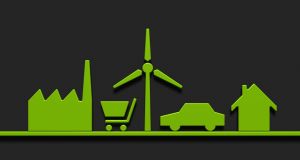 The move brings the Republic into line with the UK – in particular Northern Ireland – where hauliers pay just €900 to tax a lorry which would cost €4,200 here.

The reduction has been welcomed by Verona Murphy president of the Irish Road Haulage Association who said it was vital to Ireland’s export industry.

Large numbers of hauliers previously based in the Republic had moved to Northern Ireland and “reflagged” in recent years, she said, a trend which would have “wiped out the industry” without Government intervention.