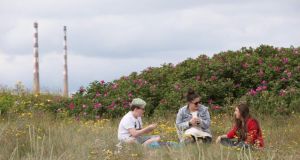 Dublin Bay has been named a biosphere reserve by the United Nations Educational, Scientific and Cultural Organisation (Unesco) in recognition of the area’s unique ecological habitat and biological diversity.

A biosphere reserve is an area of land which protects ecosystems while encouraging local development through nature conservation.

Minister for Jobs Richard Bruton said he hoped Dublin Bay’s new status would “act as a magnet” for tourists to visit the heart of the capital city and learn about the bay’s unique wildlife.

“We used to have the recognition only for Bull Island itself but now we have the whole bay,” said the Minister. “Properly protecting and developing the potential of the bay can enhance the quality of life of people living in the city, as well and fostering jobs and economic growth throughout Dublin.”

North Bull Island in Dublin was awarded a biosphere designation in 1981 and Killarney National Park received the award in 1982. The latest Irish biosphere reserve in Dublin Bay spreads over 300km2 of coast, encompassing many of the capital’s most scenic spots such as Howth head, Killiney Hill, the Tolka and Baldoyle Estuaries and Ireland’s Eye.

The biosphere award coincides with the launch of the new Dublin Bay Biosphere Partnership which will work to protect and promote a sustainable green economic model for the bay area.

There are over 650 biospheres in 120 countries worldwide.

The Dublin Bay biosphere reserve is home to a huge number of mammals, birds, insects and plants, including protected specials like the Brent Goose, the Harbour Porpoise and the Little Tern. Rare plants like Bird’s Foot, Liverwort, the Green-winged Orchid and Bee Orchid can also be found in the area.

Maryann Harris, superintendent for biodiversity at Dublin City Council, said Dublin Bay’s ecological habitat has become internationally recognised due to the large numbers of migratory birds that arrive every year from the Arctic, Greenland, Canada, Iceland, Russia and African countries.

“We’re on what’s called the Atlantic flyway. It’s like a highway for migratory birds,” she said. “Some of them breed here and some of them just come here to feed. Then they fly thousands of kilometres back home again.”

Ms Harris said the recognition of the Dublin biosphere will create “a bay-wide approach” to managing local habitats and the nation’s environment. “Now we can start to manage these on a national level, as a national and international resource transcending those local boundaries.”

Helen McDaid from Fáilte Ireland said the biosphere reserve will help open up the area to tourists in Dublin, adding that the award was a “fantastic accolade” for Dublin Bay.

“It’s really important to us because it dovetails very well with a lot of the work we’re doing about repositioning Dublin and making it a must see destination,” said Ms McDaid. “We want to open up this whole area and have every visitor that comes to Dublin visit the bay and make it a really integral part of their experience.”

Dublin Bay Biosphere Partnership has scheduled a number of events to celebrate the award, including a cruise of Dublin Bay on Saturday, June 27th, an art exhibition in the Red Stables gallery in St Anne’s park in Raheny and a bird watching event at Coliemore Harbour in Dalkey.

What is a Unesco biosphere?

A biosphere reserve is a special area designated by Unesco. They are internationally recognised for their biological diversity and are managed to promote a balanced relationship between humans and nature.They have a “core” designated for nature conservation but the rest of the biosphere includes places where people live sustainably.

The Dublin Bay biosphere will be used by students at third level colleges, research institutes and schools across the city for study of the local habitat and environment. Members of the public can also enjoy the area’s biodiversity through walking, swimming, bird-watching, sailing, kite and wind surfing.