Danes believe that price to pay for upgrading network worth it

In Denmark, local concerns are trumped by national agreements 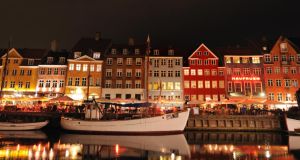 The Danish capital, Copenhagen: Six years ago the Danish political establishment reached a far-reaching agreement on the future of the country’s energy transmission network.

Six years ago the Danish political establishment reached a far-reaching agreement on the future of the country’s energy transmission network.

The Danish Energy Agreement, signed in February 2008, achieved a level of political consensus that is the envy of countries such as Ireland, where pylons have now become a deeply contentious and emotive issue.

The right-leaning Conservative-Liberal government and the left-wing opposition all agreed there would be a price to pay for upgrading Denmark’s transmission network, but it was a price worth paying.

The imperative for the agreement is the same as exists in Ireland. Denmark wanted to embark on a rapid expansion of wind power and needed the grid potential to do it. The country is a world leader in wind energy. It has almost 5,000 megawatts installed on the grid, compared with Ireland, which has just over 2,000 megawatts.

All 3,200km of 150KV and 132KV lines in Denmark, the vast majority of overhead power lines in the country, will be put underground by 2040 as they come up for renewal.

There will also be a price in terms of the continuing presence of overhead 400KV lines, which will cost DKK 5.5 billion (€750 million) to upgrade.

In return for burying all the lower voltage lines, the Danish public has agreed to tolerate continuing stretches of 400KV lines, including one which runs from the German border all the way through Jutland to connect with a Norwegian sea cable.

More stretches of 400KV lines are scheduled to be built between now and 2025, with the burial of sections which are in scenic areas or close to areas of population.

“Of course it is expensive,” says Danish MEP Bendt Bendsen, who was the deputy prime minister and minister for trade and industry when the 2008 agreement was reached, “but where we stood in 2004 and 2005, we needed new overhead lines. We had to have the discussion. Every Dane knows we need the electricity and we have to pay when we go underground. Even if you are left wing or right wing or conservative, like me, you know that we need more lines.”

Overhead cables have a simple construction consisting of a series of electrical wires kept together by an outer ring. Underground cables are more complex. Between the external sheath and the conductor, there is insulation which acts as a capacitor (stores a charge).

As it stores energy, the voltage rises. Over long distances, the voltage rises steadily until it exceeds the capacity of the cable. After a certain length, it has to be brought overground to a transformer station to bring the voltage back down again.

There is also a problem stemming from the frequency between the underground cables and the overground transformers which can play havoc with the network. This problem is minimised at lower voltages.

Because 400KV lines can be buried at short intervals, Energinet.dk has been able recently to bury a section from Jutland to the middle island of Funen across the scenic strait of Lillebaelt. Similarly 400KV lines south of Copenhagen from a neighbouring power station have been buried.

The main artery through Denmark is the E20, which connects Copenhagen with the second city, Odense, and then the European mainland via Jutland, the peninsula which borders Germany.

The Danish government is upgrading the motorway and the railway line beside it. The overground 132KV cables have to be moved, but instead Energinet.dk has buried a section nearly 30km long.

substation The lines terminate at a new

substation at Karlstrup – a fraction of the size of the old one. It runs parallel to the E20.

According to Henrik Roland Hansen, operation manager for Energinet.dk in Zeeland, burying the lines has the added benefit of freeing up land in the most densely populated area of Denmark, which includes the capital, Copenhagen.

Minister for Communications, Energy and Natural Resources Pat Rabbitte says the EirGrid pylon project will go ahead despite the apparent failure of the wind export deal between Ireland and Britain and that opponents of the project had deliberately conflated the two.

Rabbitte praises the Danes for “patiently and with consideration over 12 months” working through the problem of pylons to reach a consensus. MEP Mairéad McGuinness, meanwhile, has urged those in Ireland who are concerned about the effects of overhead pylons to look to the Danish experience for a way out of the impasse between the Government and EirGrid.

Bendtsen says it is up to the Irish people, but he advised that political support should be forthcoming to put cables underground in scenic areas and away from centres of population. As a result of the agreement, his home island of Funen is almost free of overhead lines.

“Dig them down; it costs a hell of a lot of money but it is worth it. Pylons are not an issue in Denmark any more.”