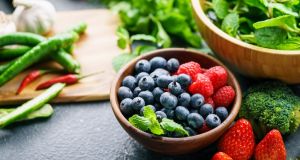 – Rising temperatures due to human activity, notably the burning of fossil fuels, combined with land abuses are putting global food supplies at risk;

– Tackling rising emissions from land is not on its own enough to curb climate disruption as greenhouse gases must be slashed from all sectors to keep global warming well below 2 degrees and preferably 1.5 degrees above pre-industrial levels;

– Sustainable farming, changing diets to eat less meat, replanting forests and protecting habitats, such as peatlands and mangroves, can cut emissions and deliver other benefits such as securing food supplies;

– Land is under immense pressures, with around 70 per cent of the world’s ice-free land affected by human activity – while global heating is driving more problems such as turning land to desert, and soil erosion;

– How people use land is fuelling global warming – notably intensive activities such as growing crops, raising livestock and cutting down forests, which accounted for almost a quarter of greenhouse gases between 2006 and 2017;

– 13 per cent of carbon dioxide emitted between 2007 and 2016 was caused by human abuses of land, mostly from cutting down forests;

– Land also accounted for 44 per cent of methane emissions, with livestock such as cattle and expansion of rice paddies driving rising levels of the greenhouse gases, and 82 per cent of nitrous oxide emissions arising from fertilisers for crops and from livestock;

– 25 to 30 per cent of all food produced is lost or wasted, contributing even more greenhouse gases;

– Conserving peatlands, wetlands, grasslands, mangroves and forests can have an immediate impact in capturing carbon;

– Planting monocultures of trees or crops for bioenergy on a large scale in an unsustainable way will have negative impacts, and may lead to insufficient land to grow food.