‘You feel like you’re trapped in this Leaving Cert. It just keeps going on and on’ 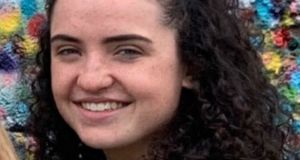 Aoife Owens: They said they would tell us as soon as possible but it could be two weeks’ time, you just don’t know.

A Leaving Certificate student who missed out on studying medicine by six points and was downgraded in several of her calculated grades has said she doesn’t want to get her hopes up about a possible points increase only to be left “disappointed again”.

Aoife Owens (18) from Ardrahan, Co Galway, received a total of 722 points including her Health Professions Admissions Test (HPAT) results under the calculated grades process and was downgraded from her teachers’ estimated grades in five subjects. Ms Owens needed a total of 728 points (including HPAT results) to study Medicine in NUI Galway this year.

The HPAT is an exam which must be taken by students seeking a place in medicine.

Minister for Education Norma Foley apologised on Wednesday for coding errors which resulted in at least 6,500 students receiving a lower grade than they ought to have received.

Ms Foley said all students affected will be upgraded by at least a single grade – the equivalent of 10 CAO points at higher level – and every effort will be made to ensure no candidate misses out on a college place which they are entitled to.

“Obviously you’re trying to not get your hopes up because you don’t want to be disappointed again. It’s hard enough to get over it once,” Ms Owens told The Irish Times on Thursday.

“It’s just annoying because there was no clarity whatsoever in what’s going on.”

Ms Owens is currently studying to sit the Leaving Certificate examinations in November and did not take up her CAO offer of International Business in UCD.

“I don’t think I’ll get upgraded, knowing my luck I just don’t think I will,” she said. “Then you’re wondering should I keep studying, it’s just confusing. They haven’t even told us when we’ll find out. They said they would tell us as soon as possible but it could be two weeks’ time, you just don’t know.

“My parents are saying to stay positive but then don’t get your hopes up as well. You don’t want to get disappointed and have that feeling of rejection again.”

Ms Owens said that she “would have loved to sit” the Leaving Cert in June and was greatly disappointed by her results under the calculated grades process.

“I had worked for it and I wanted to sit it,” she added. “It’s a bit annoying because you feel like you should be in a course but you’re not.

“If I had gotten to sit my Leaving Cert I probably would be. It’s been really hard, not just for me, but for everyone.

“I know it’s been hard for my friends as well. You just don’t know what you’re doing, that’s the worst part, not knowing. You just feel like you’re trapped in this Leaving Cert cycle that’s not ending. It just keeps going on and on.”

Minister for Higher Education Simon Harris told a meeting of the Fine Gael parliamentary party on Wednesday night that anything up to 1,000 extra places could be needed in colleges for the affected students.