From early school leaver to PhD scholarship, Stephanie Thompson’s life has been transformed by education 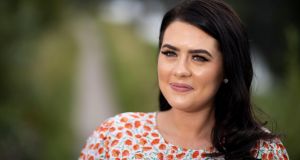 Stephanie Thompson: ‘I could not settle in school. I was battling anxiety. At times I felt like I was drowning.’ Photograph: Tom Honan for The Irish Times

The teenage years were a struggle. We moved from Dublin to Athy in Co Kildare when I was 13, and it was a real culture shock for me. I experienced bullying in school, and I ended up falling in with the wrong crowd. I could not settle in school. I was battling anxiety. At times I felt like I was drowning.

One day I stood in the kitchen with my mam and she told me that my mental health was more important than education. I promised one day I would return to education but, being honest, I didn’t know if that was true.

Legally, because I was so young, I was still required to be engaged in some form of education. At that time Youthreach was the only real option for me and the fact that I had friends there made it more appealing.

My confidence was on the floor; Youthreach helped me build it up again. The staff went over and above to make sure we attended. If 9am came and someone was missing, they were straight on the phone checking that everything was okay. They are the most dedicated educators. I wasn’t great at maths – I’m still not – but they were there to provide one-to-one support. Modules included communications, woodwork, home economics and simple life skills like cooking.

After Youthreach, I wanted to enter the workforce, earn money and be independent. I went to London with my mam and stepdad for a year; they opened a pub but later decided to return to Ireland. Just before my 17th birthday, I decided to go back to London on my own. I had €300 in my pocket, no job and no real plan. A friend let me stay in their apartment while I looked for work. After two weeks, I got a job in an Irish pub and I stayed there for a year, living in the flat above the pub. I also had a job in a major clothes shop on Regent Street in London.

It was scary, yes, but I’ve always been a fiery, independent spirit determined to walk my own path. Looking back, maybe I should have been more scared than I was, but you take risks at that age and the life experience I gained was invaluable.

I came home after a year, secured a job in a hotel bar working long hours. At that time, I still had no concrete plan for the future or what I really wanted out of life.

Everything changed when I fell pregnant at 18. During the early stages of my pregnancy I was living alone, struggling financially, and trying to come to terms with the fact that I was going to become a mother.

At an ultrasound appointment, they told me that there was something wrong with my baby. After a battery of tests abnormalities were discovered, along with a lack of amniotic fluid, and I was told that the baby wouldn’t survive outside the womb. I was quite far along in my pregnancy and because of this we had to get a plot for a grave and prepare for a funeral, which was extremely traumatic.

When Stephen came into the world, instead of not being able to breathe, he was screaming bloody murder. It was the most beautiful sound. Stephen had a lot of health issues and didn’t leave hospital until he was six weeks old. They said it was a miracle and, to this day, nobody quite understands how he did so well.

But it was a tough year. Crumlin Children’s Hospital became my second home. I was 19 years old and sleeping on the floor beside Stephen’s cot.

When he was about two and a half, I noticed that he wasn’t meeting his milestones, and he was diagnosed with autism. It was a hellish time and Stephen was a difficult toddler.

I did struggle, of course. I think I experienced some postnatal depression and also some post-traumatic stress from the pregnancy. I enrolled in the Moving on Programme for young mothers in Carlow. They had a creche where all the children were cared for while we took part in the course, which focused on employability skills. It was one of the best years of my life, and I made great friends on it.

This course was a major academic turning point for me. It was all about what was going on for us and what could be done to help us. The facilitators organised counselling and career guidance for those who needed it.

Then they started to talk to me about college. I genuinely believed that if you didn’t do the Leaving Cert you had no opportunities, you were a nobody. I thought I had lost my chance at success and there was no way back. But they explained about further education to me and supported me to make an application for a Post-Leaving Cert course. I did the interview for a business administration and legal studies course, and got in.

Around this time, I started the course and, to my surprise, found myself enthralled by law. I took it so seriously and worked so hard. The first time I got a high mark, I felt like I had won the lottery. I started to thrive off the good feedback and found my voice.

My tutors expressed that I should consider undertaking a degree. I didn’t have a Leaving Cert but wasn’t old enough to get in as a mature student, so I had to get all distinctions in my PLC. I worked so hard – and I did it.

Honestly, life in IT Carlow was kind of tough: I had some literacy issues from not finishing school and, although there were supports there, I was too stubborn and embarrassed to ask for help. If I didn’t know a word, I would write it down and look it up later. The fact that I was so passionate about the course made it a lot easier.

Sometimes I felt too old to fit in with the younger students, but at the same time too young to fit in with the mature ones, but I just focused on what I was there to do: learn and build a better life for me and Stephen. By the time college ended I knew I did not want to go down the traditional legal route of becoming a solicitor.

Doing a masters was an easy decision and I got accepted to the MA in comparative criminology and criminal justice at Maynooth University. Straight away, I loved it. We studied prison law, youth justice, comparative criminology, and international human rights. It was so engaging, and we debated about policies and theories in class. There was a lot of active learning.

One of my professors became my thesis supervisor and I wrote about addiction and addiction related crime in Athy, speaking to ex-addicts, parents, social workers, gardaí and people in the community.

I remember being parked up in a car park when my supervisor rang me to say my thesis was up there with the best he had ever read. I sobbed crying. I couldn’t believe it. He asked me if I’d ever considered doing a PhD.

I came on board as a research assistant at Maynooth and it really felt like one of those “pinch-me” moments. I was so excited to be given the opportunity.

I decided to apply for the John and Pat Hume scholarship as I would need to secure funding to be able to do a PhD. I didn’t think I would have a chance because it is so hugely competitive. I got it! This will pay my fees and give me a stipend for four years. It is such an enormous privilege and I am incredibly grateful to Maynooth University.

Stephen was non-verbal until he was three years old, but when he started talking all of that frustration he had started to melt away. With support, he has thrived. I never tell him that he can’t do anything. He is eight now and he knows he is autistic – and is proud to be. I have always tried to teach him self-love. He still has his struggles, but he is strong, brave, and resilient and I am so very proud of him.

I hugely look up to my little boy. He is my hero: he doesn’t care what people think of him, he sings and dances and introduces himself to everyone, and he reminds me that we can all work hard on caring less.

I want him to look at his mam and be proud too, and I thank further education every day for helping me get to this point. It is my hope that I can continue to make a difference through research, eventually becoming a full-time academic and lecturer.

In conversation with Peter McGuire