‘The forgotten 20,000’: Deferred CAO applicants fear losing out on places 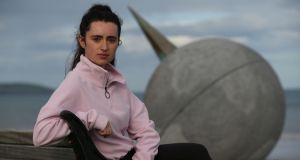 Carolyn Hulbert: ‘We deserve assurances that we will not be disadvantaged in the CAO process this year.’ Photograph: Nick Bradshaw/The Irish Times

Until recently Carolyn Hulbert was confident that the 530 points she achieved in last year’s Leaving Cert would be enough to secure her chosen course of occupational therapy at Trinity College Dublin.

Since earlier this week, however, the 20 year old student – who took a year out to complete a further education course – is growing worried she will miss out on a college place.

She isn’t alone. About 20,000 other college applicants who applied for courses this year on the basis of Leaving Cert results achieved in previous years risk being disadvantaged in this years CAO points race.

This is because Minister for Education Norma Foley confirmed this week that calculated grades for the Leaving Cert class of 2020 will be “stronger” than results in previous years which will result in some grade inflation.

The scale of the overall jump is not yet known, but Department of Education officials have said adjustments to the calculated grades process were aimed at “prioritising fairness for the class of 2020 over eliminating grade inflation.”

“I feel like my Leaving Certificate is nearly worthless due to grade inflation this year. This is causing me a lot of anxiety and stress after an already difficult year. Many of us are worried that we’ll miss out on our college places.”

Many of this cohort of college applicants took a gap year for financial or personal reasons; others are mature students who are going back to college; some dropped out of courses they weren’t suited to and are re-applying.

Ronan Cloney (20) from Co Wexford is another student affected. He completed his Leaving Cert in 2019 and took a year out to work and reapply through CAO this year.

“I understand that applicants like myself are not the priority in the current situation, but I truly feel we are being left behind,” he says.

He says grade inflation will devalue his achievements under a system which government ministers continue to insist is fair and equitable.

The concern isn’t limited to last year’s applicants. Justin O’Hagan (18) from Dundalk is due to receive his calculated grades on Monday; his older brother Alex (20) sat the Leaving Cert in 2018 and has applied through the CAO this year. They both hope to study medicine.

He says ring-fencing a proportion of places for students who are using their results from previous years is one potential solution.

“This would ensure that no one is disadvantaged because they sat the Leaving Cert in another year,” says O’Hagan.

Opposition TDs have reported that they received a surge in representations from frustrated students in recent days.

Sinn Féin’s education spokesman Donnchadh Ó Laoghaire TD said he felt a solution could be found if there is political will do so.

“I think this can be resolved. These are students who had no expectation that something like this would happen. They have the same right of access to third level as anyone else,” he says.

A spokeswoman for the Department of Education said the provision of more than 1,250 additional higher education places in “high demand” courses was partly aimed at easing points pressure.

She emphasised that a standardisation process has been applied to this year’s calculated grades to ensure they are as close as possible to the grade profile for previous years.

In the meantime, all students like Carolyn Hulbert can do is wait and hope that they will not lose out.

“We deserve assurances that we will not be disadvantaged in the CAO process this year,” she says.