Students applying to study in UK drop 20% since Brexit vote 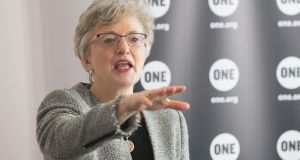 A report on Brexit due to be published shortly by Minister for Children Katherine Zappone finds that young people are worried about the cost of college in the UK. Photograph: Gareth Chaney/Collins

The number of Irish students applying to study in the UK has dropped by about 20 per cent since the Brexit vote last year.

Students who secure places in UK colleges later this year have been reassured that the terms and conditions of their courses will not change for the duration of their study.

However, post-Brexit vote jitters have led to a drop in the numbers of Irish students applying to study in the UK.

The UK has traditionally been the location of choice for most Irish students who head outside the jurisdiction.

Several thousand students typically apply for courses in Northern Ireland, Scotland (where Irish students pay no fees) and England, despite the £9,000-plus (€10,600-plus) yearly fees.

The UK has lost some its attraction to Irish students due to Brexit and higher costs associated with withdrawal of NHS funding to nursing and paramedical programmes.

At the same time, European universities which offer more than 800 undergraduate degrees across all disciplines taught exclusively through English, are attracting growing numbers of Irish applicants

The potential for a dramatic hike in the cost of studying in UK universities has also emerged as a key concern among young people in a Government consultation report on Brexit.

The report, due to be published shortly by Minister for Children Katherine Zappone, find that young people are worried about the cost of college, there is enthusiasm at the prospect of attending European universities.

Many of these European colleges, which rank in the top-100 global rankings, charge lower tuition fees and are admitting increasing numbers of Irish students each year.

The “sectoral dialogue” report is based on consultations with dozens of young people from a range of groups including Comhairle na nÓg at Croke Park recently.

Concerns among Northern Irish students which emerge in the report include restrictions on access to the Erasmus programme and their right to an Irish – and EU – passport.

Young people also express worry over potential difficulties for young women travelling to the UK for abortions or for health procedures not available in the State. They also feel it is important to “resist British pressure to accept border controls” as the cost of maintaining a soft Border.

Children and young people report a desire to remain an “open, liberal and inclusive society” and to “embrace the European Union above the United Kingdom”.

The consultation includes stakeholders who work with or for young people, such as the ISPCC, the youth wings of political parties and representatives from the Ombudsman for Children and the Northern Ireland Commissioner for Children and Young People.

They underline the importance of protecting the Belfast Agreement and the need to prioritise measures to address the loss of EU citizenship by young people in the North,

Many of these groups also say Northern Ireland needs to be treated as a special case in Brexit discussions and that young people need to be listened to in any negotiations or forum discussions.