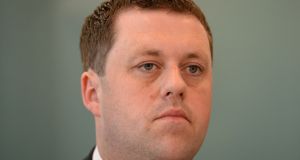 There is no way of ensuring that there are enough secondary teachers to meet demand in key subjects, Minister for Education Richard Bruton has acknowledged.

Many secondary schools are reporting difficulties finding teachers in subjects such as Irish, home economics, physics and European languages.

In the Dáil on Wednesday, Fianna Fáil’s education spokesman Thomas Byrne TD, said the issue of teacher supply had been “completely ignored” by Mr Bruton, despite difficulties being experienced by schools.

“You are responsible for this and you must get a grip of it. You are the one going around announcing plans that you’re going to have all these children training up in maths and coding,” Mr Byrne said.

“The organisations responsible for training our secondary teachers must be given some direction.”

In response, Mr Bruton said a report prepared by the Teaching Council identified complex issues and had proposed a new model to generate data on the output of new teachers.

He confirmed there was no central mechanism for matching the individual subject requirements of schools with the supply of teacher-training colleges or other providers. Mr Bruton said building a database would be expensive and that he was not in a position to progress it this year.

“We do need to look at this because it not satisfactory that, for example, we don’t have enough teachers teaching physics,” he said.

The Minister added that the department was hiring more than 4,600 teachers in the current academic year, while about 3,000 teachers were coming out of teacher training colleges. This, he said, meant teachers who were emigrating were now finding places in schools.

“We are continually training additional teachers to meet the needs in our schools,” he said. But he added: “We need to refine that model and match more closely the emergence of subjects such as physics.”

However, it says that at present there are regularly a few as 30 to 40 available. It says the problem is being driven by newly-qualified school teachers heading abroad to secure teaching posts with bigger salaries.