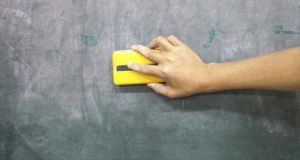 The upskilling plan will focus initially on existing language teachers who are qualified in a second language but do not teach it. Photograph: iStock

Secondary school teachers are to be provided with free training under a plan to boost the number of educators for French, German, Spanish, Italian, Russian and Japanese.

While the Government is aiming to increase the number of students studying two or more foreign languages by 25 per cent, many schools are reporting acute difficulty hiring qualified teachers in these subjects.

Minister for Education Richard Bruton will today announce details of an initiative to boost learning of foreign languages as well as funding for student exchanges.

The upskilling plan will focus initially on existing language teachers who are qualified in a second language but do not teach it.

These teachers will be able to apply for funding to brush up on their language skills to help boost the teaching capacity in their school.

The languages include French, German, Spanish, Italian, Russian and Japanese. Details on how to apply for courses are available online (languagesinitiative.ie).

The Department of Education is also developing postgraduate courses, aimed at training existing language teachers to teach in another language that they are not qualified in.

Mr Bruton has also announced dedicated funding to support schools in organising language exchanges with schools in other countries.

Schools are being invited to apply from today and 10 will be awarded €15,000 each to contribute towards exchange costs such as flights or scholarships for students who would not otherwise be able to participate.

In addition, a new website (languagesconnect.ie) is being launched to raise awareness of the importance of learning foreign languages.

It aims to be a “one-stop shop” for schools, parents and students on language learning. It is supported by embassies, cultural services and bodies such as employer’s group Ibec and Enterprise Ireland.

Mr Bruton said it was important to take action to ensure Ireland is well prepared for the challenges that lie ahead following Brexit.

“Once the United Kingdom leaves the European Union, Ireland will be one of only two English-speaking countries in the union,” he said. “The Government is committed to ensuring Ireland is prepared for a changed European dynamic.”

He said the Government has set the ambition to put Ireland in the top 10 countries in Europe for the teaching and learning of foreign languages. This is part of its overall goal to have the best education system in Europe.

Despite the ambitious plans, some secondary schools say they are considering dropping languages such as French, Spanish and German due to a “crisis” in the supply of teachers.

Earlier this year, the Association of Community and Comprehensive Schools told an Oireachtas committee that “the integrity of student tuition time is being seriously undermined” due to staff shortages across key subjects.

It said the shortages of qualified teachers were most acute in foreign languages, Irish and some science subjects.

“There must be qualified subject teachers in every classroom if students are to receive a quality education,” the association said in a submission to the Oireachtas education committee.