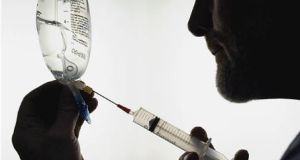 The RCSI is allowed to describe itself abroad as a “university of medicine and health science”, but is prohibited from doing so within the State. File photograph: Getty Images

The Royal College of Surgeons Ireland (RCSI) has urged the Government to grant it university status to help boost its chances of attracting top international researchers and students.

While the college is allowed to describe itself abroad as a “university of medicine and health science”, it is prohibited from doing so within the State.

It says this restriction opens the RCSI and the State to “potential reputational damage and accusations of misrepresentation”.

“This is a bizarre application of the law to an institution with a superb international reputation – as demonstrated by the Times Higher Rankings and other indicators and measures,” the college says, in briefing material seen by The Irish Times.

The use of the term “university” is carefully controlled under the Universities Act 1997, which sets out the legal and regulatory framework for the sector.

It’s not helpful. It limits our capability to attract students. We find it difficult to explain the restriction

Key obstacles to the RCSI being recognised as a university are understood to include governance arrangements and the fact that it exists outside public sector pay controls.

However, under recent legislation – the Education (Miscellaneous Provisions) Act 2015 – it has been allowed to use the term “university” outside the State.

Not a major priority

Well-placed sources say the issue has not been a major priority for the Department of Education in recent times due to the need to pass legislation to allow for technological universities to be established.

There was a concern among some officials that a move to allow RCSI to describe itself as a university could have put this process at risk.

However, the RCSI now argues that challenges arising from this process have largely been addressed and the “way is clear to consider the RCSI case”.

Fianna Fáil’s education spokesman Thomas Byrne said he supported the move for the college to be granted university status and plans to introduce an amendment to this effect when the technological universities Bill reaches report stage.

He said the change would help address an anomaly which meant the institution could only be described as a university abroad, and could give it a boost in the highly competitive market for medical education.

A spokeswoman for the Minister of State with responsibility for higher education, Mary Mitchell O’Connor, confirmed the issue has been raised and is being examined.

The RCSI confirmed in a statement it was anxious to remove its “out of State only” restriction in relation to its use of the term “university”.

“It’s not helpful. It limits our capability to attract students. We find it difficult to explain the restriction – and hence have been playing down the ‘university authorisation’ given to us,” the spokeswoman said.

She said the RCSI was a “public, statutory, regulated institution” which was subject to “external oversight from a range of Government and regulatory agencies”.

“The restriction is an unhelpful anomaly which inhibits the medical, educational, social and economic contribution we make to Ireland.”

The RCSI said it is largely self-financed, but argued it is not a private institution.

“It is a statutory body – founded by a charter (1784) – which has subsequently been amended by the Houses of the Oireachtas (1993). Its statutory status in that respect is precisely the same as that of TCD,” its briefing material states.

The RCSI is registered as a not-for-profit registered charity and is regulated by the Charities Regulator.

It adds that its academic awards, processes and procedures are subject by law to oversight, inspection and review by the State body which oversees qualifications, in the same way as the State’s seven publicly funded universities.