Over €80 million to be spent on recruiting 1,700 school staff 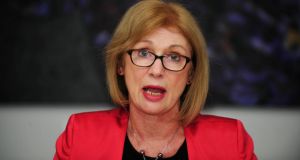 An extra 1,700 teachers and special needs assistants (SNAs) will be recruited next year at a cost of over €80 million to meet the growth in the school-going population.

The allocation is made up of roughly 600 extra primary teachers, 300 more secondary teachers, 480 additional resource teachers for children with special educational needs, and 365 extra SNA staff who assist with non-teaching duties.

The move is being funded partly through savings announced in previous budgets and a balance-sheet change to the way the third-level student contribution fee is being paid.

Music across the country

The overall number of SNAs will rise next year to 11,330 to meet increased diagnosis in the population.

An additional €6 million will be allocated this year towards the State’s literacy and numeracy strategy, bringing the total annual budget for this programme to €13.8 million.

Investment in junior cycle reform will increase by €5 million to €9.3 million, while an additional €1 million will be spent on the “music generation” project to match philanthropic investment from U2 and the Ireland Funds.

The scheme, aimed at improving music education across the country, began in 2010.

Education has also secured an extra €3 million for high-speed broadband for second level schools, and some €600,000 will be allocated for the recruitment of a new team of preschool inspectors, which will “promote and enhance good educational practice”, Ms O’Sullivan said.

Capital funding of €5 million will be invested as part of the planned three-year €15 million spend on book-rental schemes to cover all primary schools, which the Minister said would result in lower back-to-school costs for families.

Some €25 million in funding which had been withheld from higher education institutions in previous budgets is being restored.

In addition, three universities will benefit from €20 million in capital investment projects. These comprise €10 million for the library at the University of Limerick, €7 million for a new human-biology building at NUI Galway and €3 million for the construction of the new Confucius Institute at UCD.

Ms O’Sullivan said she appreciated “the sacrifices that all education partners have made in recent years and their commitment to provide quality education against a very difficult financial backdrop and continuing upward demographic pressures”.

The Irish National Teachers’ Organisation said that, while the announcement of additional teachers was welcome, it would “do nothing to tackle over-crowding in Irish classes”, noting Irish class sizes are the second highest in the EU.The Association of Secondary Teachers of Ireland similarly said the budget “does nothing to make up for the lost ground”.