New private school set to be the State’s most expensive

The operator of the south Dublin school typically charges about €20,000 a year for second-level day students 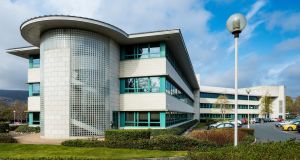 A private school aimed at children of multinational executives to be based in south Dublin looks set to be the most expensive in the State when it opens next year.

The school, which will cater for up to 800 students, will be based in a €20 million office block formerly used by Microsoft close to the Leopardstown racecourse.

It will be operated by Nord Anglia Education, a Hong Kong-based firm which describes itself as the “world’s leading premium schools organisation”. Typical charges for schools it operates in Europe are about €20,000 a year for second-level day pupils.

The school’s owners, who have declined to comment on fee structures or other details, are expected to issue a formal statement confirming their plans today.

The school is to provide education from primary up to second-level, focusing on the International Baccalaureate rather than the State curriculum.

The backers also hope they will be able to attract significant numbers of children of UK-based executives who may relocate here here due to the uncertainty caused by Brexit.

Former minister for education and Labour TD Ruairí Quinn, who has been hired as a consultant by Mr O’Callaghan, was involved in supporting the bid.

Rise Global, the firm behind the move, has received planning permission to change the use of the 8,100-square metre building from office to education.

It estimates about 30 per cent of students at the school will travel by private bus.

Morning classes would start earlier for older students than children in pre-school and primary class, which would stagger traffic flows in the morning.

The company is looking to reduce the site’s car park by 200 spaces, and develop an all-weather pitch and playground for the school.

Planning records show that Minister for Education Richard Bruton, the Department of Education and the IDA have backed the new international school.

Unlike private secondary schools, whose teachers are mostly paid for by the State, the international school will not receive public funding.