Majority of teachers would not recommend teaching as profession

Teachers’ Union of Ireland: 94% say there is inadequate investment in education system 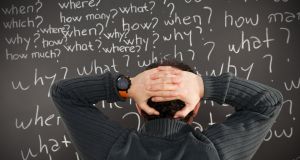 Teachers’ Union of Ireland delegates heard health and safety assessments in schools are being left to teachers who lack any specialist expertise to carry them out.

A majority of second-level teachers say they would not recommend teaching as a profession.

That is the finding on an online survey of almost 800 teachers by the Teachers’ Union of Ireland (TUI).

Six in 10 said they would not recommend teaching as a profession, while more than three-quarters said unequal pay rates between teachers who entered the profession after 2011 had a negative or very negative effect on staff morale.

This follows on from a Government promise this week to consider ending two-tier payscales for teachers in the context of an ongoing teacher supply crisis.

Seventy-six per cent of teachers said that Government policies and social changes, particularly in disadvantaged communities, had changed the profession for the worse.

Asked if underinvestment had affected their workplace or job, a total of 89 per cent said it had.

Finally, 94 per cent of teachers said there was inadequate investment in the education system.

Delegates at the union’s annual conference also heard concerns that work in the adult education sector is being outsourced to the private sector because it is cheaper.

Speakers said they worried their jobs could be lost if the trend continues. Geraldine Hennessy of Tipperary said that adult education tutors are unemployed for 16 weeks of the year and that they should be paid for their work all-year round, as it is cheaper for the State than paying them social welfare during holiday periods.

Delegates also heard that health and safety assessments in schools are being left to teachers who lack any specialist expertise to carry them out.

The TUI conference heard this practice could put students and staff at risk.

Danny Doherty of the TUI’s Donegal branch said staff had a responsibility to manage health and safety, and report any issues that may occur.