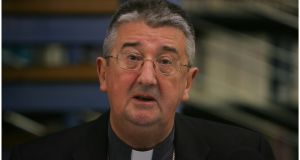 Up to 10 per cent of places in Catholic schools should be set aside for unbaptised children or those of minority faiths, according to a new group of Catholic educationalists.

The Faith in Our Schools group, which includes a number of high-profile lecturers in teacher-training colleges, said changes to admissions policies of Catholic schools are needed to reflect a more diverse society.

Some 90 per cent of State-funded primary schools remain under Catholic Church patronage.

The group said it has full support for the ethos of Catholic schools and their right to serve the faith communities for which they were founded.

However, it also recognises that the local community in which Catholic schools are located may have changed significantly in recent years.

Controversy over equal access to school is an issue with a minority of primary schools which do not have enough places to meet demand.

In these cases, Catholic schools may prioritise the admission of Catholics over unbaptised or minority faith children.

The extent of the problem is hotly debated.

While an ESRI study has indicated that about 20 per cent of schools are over-subscribed, Archbishop Diarmuid Martin estimates just 5 per cent of Catholic primary schools in Dublin are oversubscribed.

In a statement, the Faith in Our Schools group said it believed setting aside 10 per cent of places would respect the Catholic ethos of these schools as well as reflecting a changed society.

“A change to admissions policy along the lines suggested would be fair to both the faith community and those who do not belong to it,” it said.

However, the group said the best solution to a lack of school places was to provide sufficient schools places where there was excess demand.

It also expressed support for a “faster and greater” divestment of Catholic schools to other patron bodies to provide parents with more school choice.

“This is why the group welcomes the commitment in the new Programme for Government to make provision for 400 multi and non-denominational schools by 2030,” it said.

Separately, Minister for Education Richard Bruton TD has announced the outcome of the patronage process for three new primary schools due to open in Dublin in September this year.

Educate Together has been awarded patronage of two of the schools in Cabra and Drumcondra.

An Foras Pátrúnachta will be the patron of the new school in the Goatstown/Stillorgan area.

Mr Bruton said the decisions were based on demonstrated parental demand and for plurality of patronage.

“It is very welcome that these schools will reflect the stated choice of parents in the area, and will increase diversity of primary education provision in the relevant areas,” he said.

Educate Together’s chief executive Paul Rowe welcomed the decision and paid tribute to its start-up groups who have been “working hard to ensure their children can access their preferred model of education”.

“We look forward to working with the local community and the Department to make sure these schools open as efficiently as possible,” he said.