Junior Cert technical graphics: ‘Even the most gifted students were caught for time’ 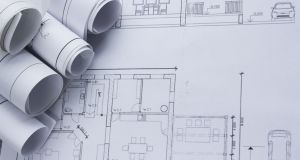 Some teachers said even the most gifted students found it difficult to complete the three-hour paper, in which students were asked to complete a series of detailed and technical drawings.

Seamus Cahalan, a teacher at St Joseph’s Patrician College, in Galway, said: “A lot of the questions in section B were difficult to complete within half an hour. It would take an exceptional student to do it. I’ve already had calls from two other teachers today saying they felt the questions were unnecessarily long.”

Mr Cahalan added: “It’s already the longest exam in the Junior Cert, at three hours, so to be caught for time is a little unfair. Many of my students came out saying they couldn’t finish it on time. They were disappointed; they were good students.”

Mr Cahalan was also critical of repetition in some questions. He said questions 2 and 6 in part B of the paper required students to draw parabola twice, for example. “An exam is there for a student to demonstrate their knowledge. In that case they had to do it all over again, without showing any new skills,” he said.

Overall, however, he said the first half of the paper was representative of the syllabus and posed a good test for candidates.

Mr Leyden agreed and said the higher-level paper was well structured and would have rewarded candidates who were given wide exposure to the syllabus. Question 12 in section A, in particular, provided candidates with a good test of their spatial-reasoning skills.

He said the ordinary-level paper, meanwhile, was fair and followed the layout of previous years. “Question 2 in section B required a lot of work, and some candidates may have found it quite challenging to complete. Overall it was well pitched for the ordinary-level candidate.”

Mr Cahalan also said the ordinary-level paper was well within the capability of students, which allowed well-prepared pupils to give a good demonstration of their knowledge.