People not taught how to think will do it anyway; they’ll just do it badly 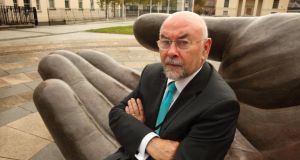 Shall we teach our young people how to think? The solution is in the Minister’s hands. Photograph: Frank Miller

At the outset of this difficult period in Irish history, it was possible to take consolation in the belief that crisis can pave the way for change. The International Monetary Fund quickly dashed such hopes, but there are still areas where change is possible.

Education is a field in which small but well-targeted reforms can make a big difference. One of the simplest options open to the Department for Education and Skills is the introduction of philosophy as a Leaving Cert subject. No single other step could so dramatically raise the standard of second-level education.

Not teaching philosophy is a bit like not teaching English. People will do it anyway; they’ll just do it badly. More than any other discipline, philosophy teaches you how to think well. Rigour and creativity are consciously being developed and the subject enables you to make a clear distinction between true and false.

This all seems obvious, until one recalls how decisions are actually made at the highest levels in this society. The Anglo Irish tapes are one sad illustration. The old argument that philosophy does nothing for the economy smacks of the same short-term thinking that landed us in the current crisis.

Obvious benefits
A philosophical training has obvious benefits for the sciences and the humanities. The best scientists are those who can use knowledge creatively. Philosophy goes beyond science: it teaches the value of taking an ethical stance towards others. It shows students how to express their own interests in common terms, the foundation for a healthy public sphere. For decades, all of this has all been obvious in France, Germany and the United Kingdom, where philosophy is a permanent fixture at second level.

In February 2012, the Royal Irish Academy for Philosophy and Ethics submitted a proposal for the introduction of philosophy to the Leaving Cert. Operating on guidelines provided by the Department of Education and Skills, the National Council for Curriculum and Assessment shelved the proposal. For reasons that are not fully clear, Irish, maths and science were prioritised – and philosophy was kicked into the long grass.

There is some solace in the emergence of a new Leaving Cert subject called “politics and society”, which contains a sizeable philosophical component. But imagine covering biology, physics and chemistry under the rubric of a single course called science – a student would never attain the fluency such a course seeks to impart: he would not learn to think philosophically. Nevertheless, the introduction of politics and society is a positive development. The persistent lack of serious political education in this country is an insult to our young citizens.

But even the introduction of this subject is far from certain, as it is pending final approval by Minister for Education Ruarí Quinn. The Minister’s decision will hinge on “the context of overall system priorities and resources”, some of which are beyond his control.

Rare opportunity
We have a once-in-a-generation opportunity to make fundamental changes in the standard of education Irish citizens receive. After this Government, we may not see another progressive Minister for Education in a long time. It is one of the few chances Labour has to prove itself as more than a caretaker government. It should be Labour’s way, not the IMF’s way.

The politics and society course is ready for implementation. The Minister must not allow it to be shelved. In addition, he must allow the NCCA to continue developing a philosophy curriculum. This is a real chance for the Minister to convert crisis into possibility.

The introduction of philosophy would have resounding benefits. It would introduce future generations to the greatest thinkers in history.

Education is a rudder that can change the course of society. We must not allow short-term thinking to dictate how this nation educates its young. Let us teach them how to think for themselves.

Steven Lydon is studying for a philosophy doctorate at Harvard University