‘I can finally breathe’: Students on plans for Leaving Cert 2021 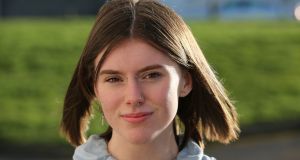 At the moment, I’m still a bit on edge with the teachers’ unions expressing that they’re disappointed with the decision that’s been made. I feel that because we’ve been put on hold for this decision for so long, that hopefully the Minister hasn’t said anything too rash without confirmation.

It does seem like most stakeholders are on board but with the reopening of schools, or even her [Minister Foley] previously saying the traditional Leaving Cert will go ahead without calculated grades; it’s like she says one thing and then another thing seems to happen.

I’m really happy with the decision that’s been made. The past two months have just been absolutely full of anxiety so having this smidge of confirmation just really relieves you.

Because of this caveat, I will be sitting all my exams just to be sure I get my best result which doesn’t really alleviate my stress.

With the ASTI returning to talks, this reassures me that teachers will be on board and work with other stakeholders such as the Irish Second-Level Students Union to lay out the details of this plan and stick to it!

I’m very happy with the decision. The “accredited grades” will give students a safety net. This year has been so stressful and not something we were prepared to go through.

Even though I will be receiving accredited grades, I’ll also sit all of my exams. I like that if I do mess up on the day of the exam and don’t perform as well as I would have liked, I have it as a backup.

I have put a lot of work in over the last two years and I want to get to show this off in the exams to allow myself to get the best possible grades that I can get. There is no reason for me to not sit the exams.

Iam concerned that the teacher unions might object to the plan. Students have been through so much this year and this plan makes up for the loss time in terms of learning.

At least right now, I know what I should be working towards. I needed that to motivate me more to work harder.

The announcement is a huge relief. We now have a definite answer and plan, and know what to work towards. Although the journey isn’t quite over yet, I’m glad to have that clarity and choice. I’m incredibly proud that students accomplished this by working together and with the Department, to advocate for a fair solution and that we have delivered that.

I’m planning to sit some subjects, particularly those with projects as I’d like that to be considered in my final grade. I’m planning to sit exams in around five or six of my eight subjects to be safe. It’s a big stress off my shoulders to know that you have accredited grades, that your best will be taken, and to be able to prepare only for the accredited grades process in certain subjects.

I believe all stakeholders want the fairest solution for students, and that includes teachers unions. We all have to work together to implement this fairly, and I know we can achieve that together.

After months of not knowing what’s going to happen, I can finally take a breath and not overthink and panic. Since September it’s felt like I’ve had a little monster of stress sitting on my chest and now following this announcement it feels like the monster has gotten up and left.

I think I’ll be doing a mix of both calculated grades and exams. I know myself and how I perform in class versus in exam situations. I’m not too worried about my calculated grades because I do well in class and always hand in work, but for some subjects I would sit the exam just for the peace of mind knowing that I tried the exam.

I hope that the teacher’s unions do not object to this plan. The class of 2021 has gone through so much in the past year and the unions need to take that into account and have some sympathy for students. If they do have any objections I hope they take into account the huge mental duress that students and teachers have been under, especially over the last two months.

The decision that was made yesterday was a historic one for student voice. Overall, I’m quite happy with it.

I’m disappointed we won’t be receiving our accredited grades before the exams but, other than that, students have received what they were asking for,; choice, clarity and compassion.

I think I’ll be opting for the accredited grades. I believe many students would agree with me when I say I’m in no place mentally or academically to sit any exams this year. Having the option, the safety net, to sit exams is a wonderful asset. There’s still a mountain of work to be done. Uf I’m feeling up to it and more prepared closer to the time, I may sit subjects such as history or English, but majority will be the accredited grades I think.

This is what I was looking for. I wanted the choice because, as you’re aware, I had a major disruption in both 5th year and 6th year of my Leaving Cert course.

I just didn’t feel confident sitting my exams having missed so much in class time. Of course, we have online school but it just doesn’t compare to the in person school situation.

Every Leaving Cert student in the history of Ireland has been stressed for the Leaving Cert but this year was just added stress because there was so much uncertainty.

I had my Leaving Cert last year and the difference for us was that we were at the Leaving Cert more or less, we had most of our courses finished, we had the mocks finished. Everyone was in prep mode getting ready for the exams and then all of a sudden it was taken away.

This cohort, I feel extra sorry for them, because they missed so much time in 5th year but as well as that, pretty much their entire Leaving Cert year was disrupted so it’s much harder for them. I think we probably had it easier in the long run than this year has had. It’s just been a horrible two years for them.

I was lucky because calculated grades worked for me. But I think what’s good this year is that if you’re really not sure about a subject, you have the choice to sit the exam.