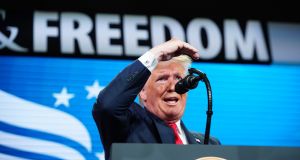 French Enlightenment writer and philosopher Voltaire once wrote that details are “vermin that destroy books; posterity forgets them all”.

That is particularly true of Junior Cycle history which encourages students to evaluate primary sources, yet continues to place undue emphasis on names and dates, facts and figures.

A century ago, history had a morally didactic purpose. Students learned about great leaders so that they could emulate their strengths. That approach is redundant but nevertheless, history is still taught in a very traditional way in Irish schools and, despite recent Department of Education reforms, there still is a poor understanding of the subject’s true potential as a social science.

At third level, undergraduates learn that human societies can be examined scientifically in terms of social, political, cultural and economic forces.

They come to realise that it is more interesting to examine the “why” of the past rather than simply “what”.

Unfortunately, that philosophical approach is not applied at post primary level even though the topics on the Junior Cycle history course could easily facilitate it.

For instance, in order to understand why the medieval period ended in Europe, one might start with the emergence of humanism and the value it placed on the ideas of individual men and women, rather than simply those of the Church.

During the fourteenth and fifteenth centuries, a rediscovery of Greek and Latin texts promoted independent thought, the rise of Renaissance city states and the emergence of a money economy; all of which threatened the old feudal hierarchy.

Humanist ideas were reembodied during the late eighteenth century as the ‘Enlightenment’; a new age of reason that underpinned the American and French Revolutions. Johannes Gutenberg’s great invention, the printing press, facilitated the rapid spread of ideas during both eras.

Those who study history at second level can, and should, be encouraged to draw back from the facts to get the same broader view.

For instance, when I study the Ulster plantations or early American colonialism with my students, I prompt them to investigate some of the push and pull factors; to look more closely at issues of overpopulation and religious persecution in Stuart-Age Britain; problems that caused emigrants to seek a new life elsewhere.

Likewise, one cannot fully appreciate history from the late eighteenth century onwards without a thorough grasp of the political pendulum and the emergence of the collective, liberal left vs individual, more conservative right.

History, taught in this way, enables practical links to be forged with geography and CSPE. Indeed, over a century ago, theologian and poet, John Henry Newman, argued that all subjects are interconnected.

At the time of writing however, such a broad approach; one that concentrates on social, cultural and economic trends, is still lacking at second level because the curriculum is too hide-bound.

There has been a welcome move towards analysis of primary sources but such efforts will always be undermined by an over-reliance on the final exam.

Last year, I visited a secondary school in Melbourne where I witnessed, first hand, how Australian students are taught to distance themselves from a topic to get a more general understanding of history.

From year seven onwards, they weigh up a variety of primary and secondary sources and develop a portfolio of work.

Once a week, I try to examine the significance of what we are studying with my third-year students and then apply that to current events.

This year, we learned about how the fifteenth-century Reconquista continues to influence contemporary Spanish politics; in particular the Catalan independence movement and last month, the class participated in a live video link with a group of students in Ohio during which they were able to ask questions about Donald Trump and the Mexican border wall.

When history is taught as a social science, it can give students real transferrable skills including the ability to weigh up both sides of argument, to understand cause and effect and to formulate a hypothesis based on available evidence; tools that our young people will need put to good use in the marketplace.

This is particularly important in an era dominated by fake news. The ability to sift truth from fiction is no longer a luxury; it is crucial. There are now online news-writing “bots” that can even generate stories without human interference.

The revised Junior Cycle history course does not go far enough to meet such challenges.

The introduction of a Classroom-Based Assessment (CBA) is a welcome start but it is only the first step. Teaching at my school is second to none but we will always be restricted by the course structure which places undue emphasis on learning facts and key words.

The first Junior Cycle paper will appear in June 2021 but at the time of writing, there is still uncertainty about what form that final assessment will take.

In the meantime, some of my students feel that history is not as important as other subjects.

They justifiably point out that it doesn’t teach them any skills; just a lot of information about past events. Others, knowing they are clichés, recite the jaded aphorisms that “if we don’t know where we come from, we will not know where we are going” or that “ignorance of history means we are doomed to repeat the mistakes of the past”.

But what does that mean? Does humanity ever really learn from history? Is that really its purpose? One only has to cite today’s hate-fuelled, anti-migrant Neo-Nazi invective (similar to that levelled against the Jews of Europe during the 1940s) as proof that humans are doomed to repeat the mistakes of the past. Clichés do not make a persuasive enough argument for retaining history as a core subject.

The OECD’s Future of Education and Skills 2030 project places an emphasis on the skills, values and attitudes that today’s students will need in the marketplace.

The report singles out rote learning as a matter of particular concern. To help alleviate this problem, the Junior Cycle history course could place an increased emphasis on the acquisition of skills through continuous assessment (far more than the current 10 per cent) and encourage higher order thinking by emphasising analysis over narrative summary.

Our students are certainly capable of thinking more deeply about history - for instance, about the political or cultural ideologies that underpin books and articles and what historians choose to include or omit.

That approach is ubiquitous among academic historians but it is strangely missing from Irish classrooms. For instance, if modules on the Celts and Early Christian Ireland are appraised in the context of the Gaelic Revival movement, students gain a richer appreciation as to why these periods are included on their course in the first place. They have become defining features of our national identity. Such insights are what history ought to be about.

Soon, Education Minister Joe McHugh will make his final decision about the status of history at Junior Cycle level and whether or not the subject ought to be optional.

In the meantime, there is a case to be made for teaching history as a true social science so that our students have the skills to deal with the post-truth age.

Thus equipped, they could become the vanguard of a new age of reason.

Barry Kennerk teaches English and history at Belvedere College in Dublin. He graduated with a PhD in history from Dublin City University in 2014 and his fifth book, a social history of the Dublin Metropolitan Police, is due for publication in July.