Four new post-primary schools to be established next September

Plans include 1,000-pupil school for south county Dublin and one each in Cork, Wexford, Meath 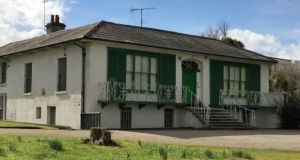 The south county Dublin school site includes a two-storey period house, known as Abilene, which was owned for almost 80 years by the prominent Findlater business family. 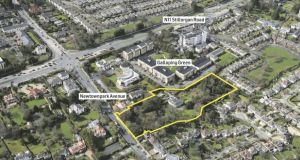 A new secondary school in south county Dublin will be based on a three-acre site at Newtownpark Avenue, which was bought by the Department of Education in 2018 for €8 million.

A 1,000-pupil secondary school for south county Dublin, is one of four new post-primary schools to be established in September next year to keep pace with population growth.

The other new secondary schools will be set up in Dunshaughlin, Co Meath (600 pupils), Gorey, Co Wexford (500 pupils) and Ballincollig, Co Cork (600 pupils).

A survey of parents in these areas will be undertaken shortly to decide what patron will run each of these schools on an ongoing basis.

The school in south county Dublin will be based on a three-acre site at Newtownpark Avenue which was bought by the Department of Education in 2018 for €8 million.

It includes a two-storey period house known as Abilene which was owned for almost 80 years by the prominent Findlater business family.

It was built in 1790 and originally served as a farmhouse on the Proby Estate. Several outbuildings were added over the years and the main house was extended in the 1950s.

This site will accommodate a new 1,000 pupil post-primary school, including four classrooms for students with special educational needs.

The new school in Dunshaughlin is likely be located on lands currently being acquired by the department, while a search for sites for the schools in Gorey and Ballincollig is ongoing.

The department has also announced that plans to establish three other new schools in the Dublin area next year have been pushed back until 2022.

These schools were set to be established in Dublin2/4 , Donaghmede/Howth and Sallynoggin/Killiney/Cherrywood areas and had been due to open next September.

The department said these plans have been deferred due to range of factors, including delays to planned residential development or sufficient capacity in existing schools in the area.

It said work will continue in the interim on advancing the schools’ accommodation in readiness for 2022.

Minister for Education Norma Foley, meanwhile, has invited school patron bodies to apply for the patronage of the four new post-primary schools to be established in September 2021.

“This is an unusual and challenging time for school patrons and school communities,” she said.

Prospective patrons have been asked to complete an application form available on the department’s website ahead of a deadline which expires at 3pm on October 21st next.

Following this, the department will open its online patronage process website, which allows parents to vote on their preferred model of patronage for their child’s education.

A recommendation on the successful patron will made by an independent new schools establishment group to the Minister.

In all, a total of 45 new schools are being built between 2019 and 2022 to cater for demographic growth.

The catchment areas for most of these schools have previously been announced. However, the decision to add Dunshaughlin and Gorey to the list of planned schools follows an updated review of demographics at post-primary level.

It is intended that the first phase of these schools will be planned for 500 or 600 places with provision for the schools to expand to 1,000 places in future phases to cater for further growth .