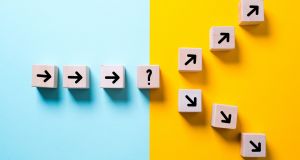 “Parents and schools pay a lot of attention to feeder school lists, and therefore they are massively important.” Photograph: iStock

“Misleading” and “unidimensional” or “hugely popular with parents” and “radical and left wing”?

As ever, the publication of today’s feeder school list will generate heated debate: should this information be published at all?

On one side, some teachers and education academics insist this list is elitist, boosting the most privileged families at the expense of the poorest. On the other hand, some researchers and a smaller group of teachers say some information is better than none and, indeed, point to evidence suggesting the feeder-school lists and league tables boost the performance of schools when it comes to the only metric that students get any formal credit for: exams.

David Reynolds, emeritus professor of education at Swansea University, says league tables are unfairly characterised as a tool of the right. “In the UK, around the 1990s, some people began to worry about the effect of publishing this information, particularly that they were unfair to schools [with lower third-level progression rates or schools in disadvantaged areas]. Critics discarded the idea that schools could have effects, saying that a child’s educational outcomes are based on their family and socioeconomic position, and that there must be other variables that we had not measured.”

League tables: Ireland and the UK

“There is an international trend for governments to provide information through national indicator systems.” says Reynolds. “When they stopped publishing this data in Wales, [the lack of public scrutiny on schools] led to a measurable, negative effect on results.”

In the UK, data is routinely made available through the government; here, opposition to league tables is generally embedded in the education system, from teachers right through to Government. This opposition has had a strange effect: the 1998 Education Act allows the Minister for Education to refuse access to information which would enable the compilation of information on “the comparative performance of schools in respect of the academic achievement of students”, but what has evolved is a system whereby only partial data is given out to the public, despite the State having more information.

As a result, The Irish Times – the first newspaper to publish school progression data – can only provide information on the number of students from a given school that began studying at each higher-education institution, but we do not know how many of those students actually sat their Leaving Cert this year and how many entered third-level after repeating their Leaving, taking a year or more out, went through further education first, or went to college as a mature student.

Criticising newspapers for publishing data is a waste of time, Reynolds suggests. “In a world where so much data is now available through freedom of information and other routes – on hospital performance, community indicators and so on – league tables or feeder schools charts are here to stay. Most industralised societies do publish raw data or data that has value added to it, and it’s a done deal now. But if we are to publish it, we should do it in a way that has as much value and information as possible. This was done in England, and the ceiling hasn’t fallen in.”

What can feeder schools do?

Brian Mooney, guidance counsellor and Irish Times columnist, acknowledges there are problems with the data, but says parents are hungry for information on what is happening in schools. “Parents and schools pay a lot of attention to feeder school lists, and therefore they are massively important. They give us a lot of clarity and an insight into schools, as well as feedback to those schools on how they are doing. They allow us to see patterns over time. Like a smoke alarm in the house, they are imperfect, but nonetheless a useful mechanism.”

The flaws of feeder schools

Emer Smyth is a research professor and head of the social research division at the Economic and Social Research Institute and a critic of feeder schools. “The data is very misleading,” she says. “You are combining the profile of students who attend a particular school and the impact that school has on how they progress. Those two metrics cannot be separated out by league tables. Some schools attract middle-class students with high levels of achievement on entry and who have access to lots of resources outside school, making it look as though it’s all down to the school.

“I don’t think they have any positive impacts on Irish education and the tables are never a surprise. Worse, there are some disadvantaged schools doing stellar work that won’t appear at the top of the tables, with 90 per cent plus going on to higher education; these schools make a substantive difference to the lives of young people but don’t get proper acknowledgement in these tables.”

While third-level access is a significant, there is more to school life than the academic side alone

“We know it is not a fully accurate reflection of progression, and nobody claims otherwise,” says Mooney. “The lists can’t count the growing number of students from Ireland who study in the UK, Europe or the US; in one Dutch physiotherapy course, almost half of the students are Irish, but feeder school tables can’t count them. And it doesn’t count the growing number of students who go on to apprenticeships or further-education PLC courses, which are very attractive propositions.”

Mooney also points out that a student who can afford to go to an expensive repeat “grind school”, and who subsequently gets into third-level, will be credited back to their original school, raising that school’s place on the charts. “This means that social class is driving up progression in schools,” says Mooney.

Deirdre MacDonald, president of the Association of Secondary Teachers, Ireland (ASTI), would like to see feeder school tables abolished. “They are reductionist. If you’re born in parts of rural Ireland or inner-city Cork or Dublin, the cost of college could be prohibitive, whereas a student in a fee-paying school in Dublin 4 doesn’t need to worry as much.”

MacDonald believes there are better metrics that parents should consider. “To get a full picture of a school, parents should go to the whole-school evaluations, which are all available online and which gives a much broader view of a school, through the objective eye of the school inspectorate. Parents can also go to open days before choosing to send their child there, and I don’t believe there is any principal or deputy who would not meet a parent face-to-face and provide information on the school. And while third-level access is a significant, there is more to school life than the academic side alone. There is an obsession with measurement these days, but all that is good does not have to be measured or assessed in some way.”

Schools should be publicly accountable, but MacDonald says that happens through the Department of Education’s WSEs. “It is a very rigorous process, very demanding on school management and teachers.”

MacDonald says there is a “cohort” of parents who want the information contained in today’s feeder school lists, but that it’s not their guiding light when choosing a school, and that the media overhypes their significance. “If you talk to parents and ask what they want for their child, they don’t say they want them to get into a certain college course; across the social spectrum, they want their children to be happy, fulfilled and educated in a broad sense. The league tables won’t tell us that.”

At best, feeder school tables provide only a partial picture, but they are nonetheless an important part of it. Prof Emer Smyth of the ESRI, says, however, that we need a more holistic approach to education. “I don’t know how seriously parents really take the league tables; they also look at where their child will be happy and what subjects and activities are offered. I think further education and apprenticeship data would give a slightly more complete picture but, given the cultural norms about how higher education is the way to, it would not be enough to shift attention to those other routes.”

A value-added approach, looking at the difference that a school makes over and above the profile of students coming in, would be technically difficult but could provide a clearer picture, says Smyth, although she remains sceptical and cautious about league tables. “One approach is to take ability test scores in the junior cycle and looking at progress at Leaving Cert level. How have the students in different schools improved relative to the baseline?”