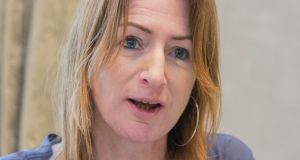 More than 1,000 foreign language students have been left thousands of euro out of pocket following the outbreak of the Covid-19 pandemic, with many living in overcrowded settings and no means of securing an income, according to an online survey.

The research, carried out by an English language teacher in Dublin, indicates some schools are offering credits rather than refunds and recommending students take their courses at a later date. Visa restrictions mean most of these students would have to reapply and pay for permission to remain in the country in order to continue their studies.

Nearly two-thirds of 1,032 students who responded to the survey had not secured a PPS number before the crisis and a third had not yet received their Irish Residence Permit (IRP). Only 31 per cent had a job before Covid-19, and nearly all respondents have now lost these jobs.

Some 93 per cent of respondents said they had not received a refund on their English language course. Most students paid an average of €2,600 for their course although some claimed to have spent up to €15,000 on their studies.

“Many have invested their entire savings or borrowed a lot of money in order to be able to come here to learn English and develop professionally,” says Fiachra Ó Luain who conducted the online survey with data analyst Hervé Lannou. “Schools should be forced to reimburse students who paid for courses and are now unable to avail of them.”

Mr Ó Luain says teachers at one Dublin school were offered about €200 a week to conduct online courses with students during the pandemic even though fees were collected from students ahead of the Covid-19 outbreak. Teachers are stressed and exhausted but feel reassured by support from the unions, said Mr Ó Luain. Meanwhile students, many of whom speak limited English, are “freaking out”, he said.

Some students who worked before the crisis do not qualify for the Covid-19 employment support payment because they earned cash in hand and have no proof of employment, said Mr Ó Luain. Nearly 20 per cent of those surveyed cannot claim the benefit because they do not have a PPS number.

The survey also found students are living in houses with up to 24 people while some landlords are rejecting tenants’ requests for rent reduction during the pandemic. Nearly half of the students surveyed were unaware of the temporary ban on evictions and rent increases during the public health crisis.

In an email to Government Ministers sent by MEP Clare Daly and seen by The Irish Times, Ms Daly warned that English language students had been left “isolated” and in a “precarious situation” that poses a risk to general public health.

Ms Daly called for the appointment of a task force to reach out to young students and take “corrective action”.

People Before Profit’s Richard Boyd Barrett, who has raised the challenges facing foreign students on a number of occasions since the crisis hit, warned the Government had been far too slow in taking measures to protect this vulnerable group. A dedicated portal should be set up where students with limited English can get in touch for support, he said.

“The Department of Social Protection has been the most responsive but it remains to be seen whether students will be able to access the support that’s available,” he told The Irish Times. “This is a public health and safety issue. I’d urge the Government to respond much more quickly and comprehensively to the plight of these vulnerable people.”

Some 20,000 English language students from outside the European Economic Area registered to study in Ireland last year, according to the Department of Justice. Most of these have “Stamp 2” permission which allows students to work for up to 20 hours per week during term time and 40 hours outside term time. Under the recently introduced Covid-19 regulations, foreign students may work up to 40 hours per week while their college is closed during the pandemic.

This work permission is “subject to the need for the service in which they are employed as being regarded as essential in the current environment”, said a justice spokesman. Permission to work is also conditional on students completing their course online if the option is made available by the language school.

Students who can prove they lost their employment due to the coronavirus pandemic can apply for the Government’s unemployment payment, he added.