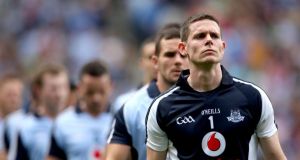 In what was the first instalment of the awards, DCU graduates living and working around the world were recognised for their achievements in the areas of sports, media, business and charity among others.

The university added the names of 10 individuals to its new alumni wall, and five past students were presented with special recognition awards during a ceremony on Friday night.

Among the recipients were four-time All-Ireland champion* and current Dublin senior football captain Mr Cluxton, as well as Ms Healy who played a leading role in the passing of the Marriage Equality referendum in 2015.

DCU Business School graduate and current Leinster prop Mr Furlong was added to the alumni wall, along with a host of others who have excelled in the fields of education, engineering, charity, business and health.

DCU president Brian MacCraith said: “Their accomplishments, across so many aspects of society, are a source of great pride to DCU and an inspiration to present and future generations of DCU students.”