Can parents trust a disciplinary process overseen by teachers? 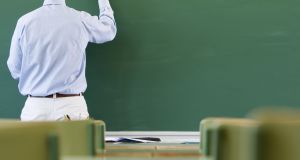 More than a decade after legislation was first signed into law, parents and students finally have a formal process to make complaints about the conduct of teachers.

It is long overdue. In the absence of any transparent way of dealing with poor performance, rumours have tended to swirl around circles of parents and students over individual teachers.

The result has been damaging to the wider profession, a point not lost on teachers’ unions who, by and large, support the need for a route to uphold standards.

Of the 37 seats on the Teaching Council, 22 are reserved for teachers, including union representatives. By contrast, parents’ groups have just two places on the council, with other stakeholders making up the remainder of seats.

Before the commencement of the “fitness to teach” provisions, the council sought to have greater control over whether inquiries would be held in public or private. The previous minister for education, Jan O’Sullivan, overruled the council to ensure that hearings are held in public by default. That said, teachers or witnesses may apply for a private hearing, if they can show “reasonable and sufficient cause”.

For a complaint to proceed to an inquiry, there will be several steps including initial screening and, subsequently, consideration of the case by the council’s investigating committee. At the end of an inquiry, the council’s sanctions for those found to have breached teachers’ professional code of conduct range from removal from the teaching register to a written warning.

To forecast how many hearings there are likely to be, Scotland – which has a similar number of teachers and has had fitness-to-teach hearings since the mid-1960s – provides a useful guide. In 2014/2015, 170 complaints met the threshold for investigation. Most of these resulted in minor sanctions or no further action.

Only the very serious cases (32) were examined by its fitness to practice committee. Of these, more than half (19) were removed from the teaching register. One case involved a teacher who was the subject of at least eight complaints over two years.

They included making comments of a sexual nature to a female student and using slides with inappropriate images of naked men and women. He was deemed unfit to teach.

So, can parents trust this kind of self-regulating system?

John Anderson, head of the fitness to teach department in Scotland’s General Teaching Council, says its work commands the public and the teaching profession.

“Teachers already do a very professional job. But, it is also important that both the profession and public know and understand what is expected of a teacher who is fit to teach.”