A US school made headlines for sending black kids to elite universities. Here’s the reality

The small-town school was lauded for its work to boost underprivileged children’s education. But the school cut corners and doctored college applications 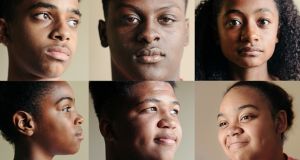 Bryson Sassau’s application would inspire any college admissions officer. A founder of T.M. Landry College Preparatory School described him as a “bright, energetic, compassionate and genuinely well-rounded” student, whose alcoholic father had beaten him and his mother and had denied them money for food and shelter.

His transcript “speaks for itself,” the founder, Tracey Landry, wrote, but Sassau should also be lauded for founding a community service program, the Dry House, to help the children of abusive and alcoholic parents. He took four years of honors English, the application said, was a baseball MVP and earned high honors in the Mathematics Olympiad.

The narrative earned Sassau acceptance to St. John’s University in New York. There was one problem: None of it was true.

“I was just a small piece in a whole fathom of lies,” Sassau said. T.M. Landry has become a viral Cinderella story, a small school run by Michael Landry, a teacher and former salesman, and his wife, Tracey Landry, a nurse, whose predominantly black, working-class students have escaped the rural South for the nation’s most elite colleges.

A video of a 16-year-old student opening his Harvard acceptance letter last year has been viewed more than eight million times. Other Landry students went on to Yale, Brown, Princeton, Stanford, Columbia, Dartmouth, Cornell and Wesleyan.

Landry success stories have been splashed in the past two years on the Today show, Ellen and the CBS Morning News. Education professionals extol T.M. Landry and its 100 or so students in kindergarten through 12th grade as an example for other Louisiana schools. Wealthy supporters have pushed the Landrys, who have little educational training, to expand to other cities. Small donors, heartened by the web videos, send in a steady stream of cash.

In reality, the school falsified transcripts, made up student accomplishments and mined the worst stereotypes of black America to manufacture up-from-hardship tales that it sold to Ivy League schools hungry for diversity.

The Landrys also fostered a culture of fear with physical and emotional abuse, students and teachers said. Students were forced to kneel on rice, rocks and hot pavement, and were choked, yelled at and berated.

The Landrys’ deception has tainted nearly everyone the school has touched, including students, parents and college admissions officers convinced of a myth. The colleges “want to be able to get behind the black kids going off and succeeding, and going to all of these schools,” said Raymond Smith Jr., who graduated from T.M. Landry in 2017 and enrolled at NYU. He said that Michael Landry forced him to exaggerate his father’s absence from his life on his NYU application.

This portrait of T.M. Landry emerged from interviews with 46 people: parents of former Landry students; current and former students; former teachers; and law enforcement agents. The New York Times also examined student records and court documents showing that Michael Landry and another teacher at the school had pleaded guilty to crimes related to violence against students, and police records that included multiple witness statements saying that Landry hit children. The Breaux Bridge Police Department closed the case after deciding it was outside its jurisdiction.

“That dream you see on television, all those videos,” said Sassau’s mother, Alison St. Julien, “it’s really a nightmare.” In an interview, the Landrys denied falsifying transcripts and college applications, but Michael Landry admitted that he hit students and could be rough. “Oh, I yell a lot,” he said. He goads black and white students to compete against one another because that is how the real world works, he said.

In 2013, Landry was sentenced to probation and attended an anger management program after pleading guilty to a count of battery. Despite the documentation, he insisted that he did not plead guilty or serve probation. Landry said that the victim was a student whose mother asked him to hit her child, and he said he had eased up on physical punishments.

In their defense, the Landrys touted the school’s ACT scores and high graduation and college enrollment statistics. “We get pushed under the microscope, or under the dagger,” Michael Landry said, because “it had been just black kids going. Society kept saying all these negative things about us because it was just easy to beat this broken-down school.”

The students who navigated the Landrys’ system and made it to the nation’s top colleges now face their own quandaries. “I really believe that we all thought we were doing the right thing at the time, and didn’t have a choice,” Smith said. “It was a cultish mentality.”

T.M. Landry produced its first graduating class in 2013, and since then, 50 students have graduated, according to the school’s promotional materials. They have had mixed success in college.

Some alumni, especially those who spent only a short time at T.M. Landry, have been successful. Bryson Sassau did well in his classes at St. John’s, although he had to quit some advanced science and math courses. Smith also did well, but with debts mounting had to drop out after his freshman year. Another Landry graduate said he feels at home at Brown in his junior year, has maintained good grades and was recently accepted into a program that prepares students to pursue a doctoral degree.

The student in the most viral video, who spent only a short time at Landry, is in his first semester at Harvard. Other Landry students have been admitted to Harvard over the past three years, but the university declined to provide information on their status.

For yet other Landry students, particularly those who spent multiple years at the school, the results after graduation have been disappointing. Some have withdrawn from of college, or transferred to less rigorous programs.

Ashlee McFarlane, a lawyer at Gerger Khalil & Hennessy in Houston, said dozens of parents, students and staff have left the school and are reaching out to her for help. “Above all,” McFarlane said, “they want to protect their children and to finally be heard.”

Just before Thanksgiving, The Times went to the school to see if the Landrys would take part in a follow-up interview. The couple agreed, but entered the conference room with about two dozen students who fielded many of the questions.

“Write whatever you want to write about us on the negative side,” Michael Landry told a reporter.

Landry raised his voice. He accused The Times of saying that it was wrong for T.M. Landry to want the best for its black students. He told his students that he would always fight for them. “We need the haters,” he said. “I welcome the haters.”

He raised his arms on either side of him, forming a cross. “My name is Michael Landry. I am the reformer,” he said. “They killed Jesus Christ because he could save the world. I say to myself, who are you compared to Jesus? Nothing! So I stick my arms out and say nail me to the cross if that’s what you want.”