A Q&A guide to reading the feeder schools list 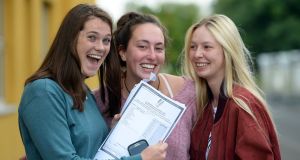 Back in 2002, The Irish Times was the first Irish newspaper to publish information on how many students, from which schools, were going to which colleges.

We did so against howls of protest from teacher unions, who felt – quite sincerely, it should be pointed out – that the tables give an incomplete and imperfect picture of schools, and that they are unfair on schools in disadvantaged areas.

This was a time when even the very mild form of inspection known as a whole school evaluation didn’t exist. There was virtually no transparency in how schools were being run. They largely operated like independent fiefdoms; to a significant extent, they still do.

This was also a time when parents relied almost entirely on rumours spread via the local grapevine. So, not surprisingly, the feeder school lists proved enormously popular with parents, who were delighted to finally have some information – any information – about the schools they were sending their children to. They’ve been a firm feature of the education landscape ever since.

Whole school evaluations have helped to bring some transparency to schools, but they’re not always the most accessible form of information for parents. These tables help to provide a fuller picture.

What’s included on this list? If more than 10 students sat their Leaving Certificate in a school in 2016, and any of them went on to one of the 27 publicly funded third-level institutions in the Republic of Ireland, or to Ulster University (formerly the University of Ulster) or Queen’s University Belfast, it’s recorded here.

There is no way of filtering those who sat the Leaving Cert this year out from those who sat it in previous years, so this is a list of how many students who ever attended a school started in an Irish third-level this year; many of these will be mature students or students who deferred or repeated.

What’s not included on this list? There’s a lot that this information doesn’t tell us about post-primary schools: how many of their students are progressing on to PLC courses; how many are studying overseas; how many of them sat the Leaving Cert this year compared to previous years; or, as many teachers will point out, all the great extracurricular activities, pastoral care provided, and holistic education provided by schools across Ireland.

Where does the information come from? The information provided here is not officially released by the Department of Education and Skills or by the Central Applications Office (CAO), a private business that processes college applications.

Rather, it is compiled by this newspaper from a variety of sources. These are:

– The State Examinations Commission’s list of the number of students who sat their Leaving Cert in every publicly funded school in the Republic of Ireland. The SEC does not keep data on “grind schools”, which do not receive any public funding.

– Information from every publicly funded third-level institution on the school (or schools) of origin of each of their first-year undergraduate students.

What are the problems with the data? The information we provide in this supplement is subject to rigorous checks but is only as good as what is provided by the third-level institutions.

While the data provided by the SEC very rarely, if ever, contains any errors, some third-level institutions can’t identify the school that every student went to; this information has to be removed from our lists. Some of the schools where students sat their Leaving Cert prior to 2016 have closed, or merged; these have to be removed from our lists. Where possible – and it often is – The Irish Times credits students from a now-closed school to a school into which it merged. Because of this, it is more likely that a school’s progression will be over-represented than under-represented.

How can we justify the publication of data that you acknowledge is flawed? We would not need to compile these lists if this information was made available through official channels. Officially released information would also make the tables much more accurate. But successive ministers for education have declined to do so. In the absence of any transparent data on schools being provided, it is the duty of the press to step into the breach. Information is power, and parents should be trusted to exercise that power fairly and judiciously; neither teachers nor the State should be afraid of it.

Is it unfair to schools in less wealthy areas? It is the job of a newspaper to publish information. It is the job of policymakers to respond to information. Year after year, this list shows that schools in wealthier areas tend to send more students to college. This is a function of social inequality. There is nothing to stop society and policymakers from questioning why children with more advantages are more likely to go to college, and putting resources in place to help children in disadvantaged areas. But suppressing the information is in nobody’s interest, especially not the children and teachers living and working in disadvantaged communities.

4. “Total percentage progression (all years)”: The percentage of students from each school who sat the Leaving Cert in previous years, plus those who sat in previous years and either deferred making a CAO application until 2016 or repeated in another institution, and started full-time undergraduate studies in a publicly funded third-level institution on the island of Ireland.

Why can’t I find my local school? Not every school features in the tables. If a local school is missing, it is almost certainly because: – It had a Leaving Cert cohort of 10 or less students – It didn’t have a Leaving Cert class this year because it introduced a transition year option or because it is a relatively new school and the earliest student groups haven’t yet reached sixth year. – It has closed or merged with some other schools to form a new school.

WHY THIS DATA SHOULD NOT BE READ IN ISOLATION

Ashfield College, Brookfield College, Bruce College, Deane College, Hewitt College, the Institute of Education, Leinster Senior College, Limerick Tutorial College and Yeats College are known as “grind schools”. The State Examinations Commission does not provide information on the number of Leaving Cert students who sit the exam at one of the so-called grinds schools, which are entirely private and run without any State support.

In compiling this list, we cross-check the data about each individual school, using a standardised system, to ensure that any errors are minimised. We understand that grind schools are often among the top-performing schools. However, without reliable and verifiable data on them, we are unable to stand over any details of their third-level progression and regret that we cannot publish details about them.

Many students from schools in Co Donegal, Protestant fee-paying schools in Co Dublin, and some schools in counties Leitrim, Sligo and Monaghan, go on to study at UK universities and, increasingly, in Europe.

We have no way of knowing how many children from these schools go overseas for college. Nor is this an exhaustive list; there may be many other schools missing. Parents considering sending their children to the schools mentioned above should bear this in mind and may wish to make inquiries with the school about how many children they send to UK universities.

This college provides further and higher education courses in Derry, Limavady, and Strabane, and takes a high number of students from schools in Donegal. Moville Community College, on any given year, could send up to 10 students to UK universities and between 15 and 20 to Northwest Regional College. Thus, progression to third-level may be higher for many Donegal schools than appear on this list.

Some schools, particularly some community schools and schools that are associated with particular colleges of education (such as Coláiste Dhulaigh in Coolock, north Dublin) have a high number of adult learners who return to education but don’t sit enough Leaving Cert subjects to qualify for a college place. Riversdale Community College in Dublin 15 – with 73 students sitting a portion of the Leaving Cert but only 50 of these sitting the full exam and being eligible for a college place – is one such school. The Irish Times is aware of the discrepancy concerning Riversdale and, each year, has adjusted the “sits” figure based on information provided by the school. However, it is not possible to independently verify how many other schools, if any, are affected by this anomaly.

For many reasons – repeating the Leaving Cert, moving house, for academic or personal reasons – students sometimes move schools during their second-level education. Where a student did attend one or more schools, the third-level institution that they move on to gives a credit to both schools. The figures provided in this list also include some mature students who applied to the CAO; here, the school in which they sat the Leaving Cert is listed. Students who secured a college place in 2015 but deferred and accepted this year are also included.

To ensure the greatest possible degree of accuracy and fairness, The Irish Times uses a standardised system to compile this list. We use this system to help us spot the vast majority of errors and data holes, but there are numerous complicating factors – primarily the fact that our information is only as good as the data we receive – which mean that some schools will occasionally record a lower third-level progression than is accurate. While we are committed to improving our systems, and the quality of the data has increased over the past 15 years, any significant deviation from our current system would lead to a significantly skewed and wholly inaccurate list. The Irish Times regrets that it cannot enter correspondence regarding the manner in which this data is compiled.

Full tables of county-by-county, school-by-school information on how many students Irish schools sent to college this year